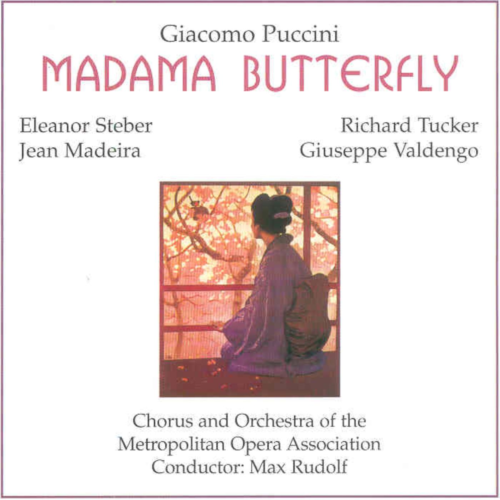 The plot on which Madama Butterfly is based first appeared in Century Magazine, 1898, as a short story by the American author, John Luther Long. Through his sister, wife of a missionary stationed in Nagasaki, Long had heard the tale of a Japanese geisha wed to a United States naval officer and then forsaken by hm for a bride from his own country. David Belasco, the well-known playwright, director and producer, and a highly individualistic force in the New York theatre during the early years of this century, dramatized the story and presented it at the Herald Square Theater on March 5, 1900. The play, starring Blanche bates as the Japanese girl, was in one act and shared a double bill with Belasco’s “Naughty Anthony.” It scored a great popular success. The same year, while Puccini was in London to supervise a performance of Tosca at Govent Garden, he saw a production of “Madama Butterfly” at the Duke of York’s Theatre. Puccini, though unable to follow the English dialogue, was so moved by the impact of the play that he longed to set it to music at once. Negotiations with Belasco dragged on for more than a year until a contract was signed releasing the operatic rights; and nearly three years followed before the new lyric drama was completed. On Februar 17, 1904, when Madama Butterfly was booed at its world premiere and the composer took refuge backstage in a dressing room at La Scala so that the might shut out the hostile noise, Puccini stood in full career, with Manon Lescaut, La Bohème and Tosca to his credit. He was the idol of the Italian operatic world, a celebrity whose works were performed on every continent where lyric theatres were available. On the day following the disastrous premiere, a council of war was held in Puccini’s Milan apartment with the composer, the prima donna, the two librettists (Illica and Giacosa) and the publishers in attendance. It was decided to withdraw the opera from performance. Puccini also resolved upon certain revisions for future mountings of Butterfly. Within a short time, these revisions were accomplished. Overworked handling of minor characters during the wedding scene of the first act was eliminated. A suave melody for B. F. Pinkerton, the villain-hero, was interpolated in the closing scene (Addio, fiorito asil). The lay figure of Kate Pinkerton was cut to a minimum, her finest musical phrase being switched to the heroin, Cho-Cho-San (Sotto il gran ponte del cielo). Most important of all, the long second act was divided into Acts Two and Three, the interlude now serving as curtain-raiser, following an intermission, to the final tableau. The quantitative amount of revision was not great – thirty-odd pages in the full orchestral score – but its strategic importance turned out to be overwhelming. On May 28th of the same year as the unsuccessful premiere, Madama Butterfly made a second entrance upon the scene in the relatively modest theatre of Brescia. Since the original Cho-Cho-San, Rosina Storchio, was by this time fulfilling previous contracts in Soutch America, a new heroine, Salomea Krucenisca, was engaged. Most of musical Milan came to Brescia for the performance: and now, with its masterly revisions pointing up the excellence of the work as a whole, Butterfly won a triumph which has never since been reversed.