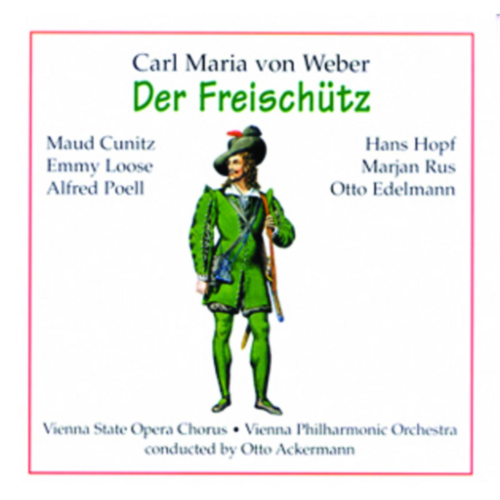 “Der Freischütz” contains two principal elements, which are recognizable at a first glance: hunting life and the sway of demonic powers as personified by Samiel. Accordingly, when composing the work I first of all had to look for suitable tone and sound colours to characterize each one of these elements. I endeavoured to retain these tone and sound colours, using them not only in those places where the poet had indicated one or the other of the two elements, but also where they could be put to effective use otherwise. The sound colour of the instrumentation descriptive of hunting and forest life was easy enough to find: it was supplied by the horns. The difficulty lay in the devising of new melodies for the horns, which melodies had to be both simple and popular at the same time. For this purpose I looked for something suitable among popular tunes and I owe it to zealous study of the same if this part of my task has been successful. I did not even shrink from using individual passages from these tunes – shall we say, as far as the notes are concerned? To my mind the most important passage was represented by Max’s lines: “But I am being ensnared by dark powers”; for they gave me an indication as to what was to be the opera’s principal characteristic. Of these “dark powers” I had to remind the listener by means of sound and melody as often as possible. Very frequently the text afforded me an opportunity of doing so, but very frequently also I made it obvious by sound and (musical) figures, where the poet had not indicated it, that demonic powers were at work. I pondered at great length the problem as to what was the right principal tone for this weird element. Of course, it had to be a dark, sombre tone colour; thus, the lowest regions of the violins, violas and basses, then, in particular, the lowest notes of the clarinets, which seemed to me specially suitable for depicting the sinister element, furthermore the plaintive tones of the bassoon, the lowest notes of the horns, muffled rolls of the kettle drums or single strokes on the same. When you go through the score of the opera you will hardly find any piece where this sombre principal colour is not noticeable. You will see for yourself that the sinister element predominates by far and it will become obvious to you that it supplies the main characteristic of the opera.