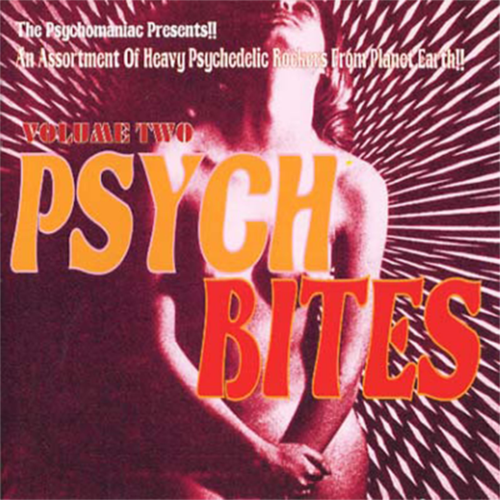 A Collection Of Head-Expanding Psychedelic Movers From Around The World

Psych Bites Volume Two throws up an international melting pot of twisted mantras and wide-eyed rockers that are almost religiously defined by the volume of their fuzz boxes. This global garden of unearthly delights hosts a variety of rare species including the last-ever mod boogaloo from 1970, presented by the honorary Spencer Mac and the pure psychosis of Decca's African warriors Ofo The Black Company, with their distorted take on strumming the guitar taking on new levels of hysteria for lovers of acid, fuzz and punk. The Psychomaniac offers a complete course in horticultural hallucinogens for the headcase with Indian chants, psychosis and neurotic reactions. It's all here in its most frenzied form of enlightenment for your spiritual consumption.