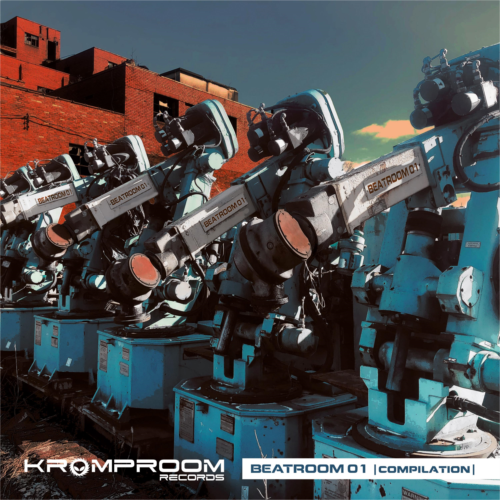 Blitzkrieg and Kings in White presents The Compilation Album Beatroom 01

Dear music fans! Last year, after a 27-year hiatus, Blitzkrieg returned to the music scene. On October 24, 2019, the band released its second EP after “Holy War” (1991), a mini-album entitled “Good Times”.“In Cold Blood” is also from this mini-album and has been remixed by the Kings in White duo: Piotr “Kromproom” Krompiewski and Tomek Grochola from industrial band Agressiva 69. Peter Guellard, liked this six-minute remix so much that he suggested creating a music video for it. This project coincided with the upcoming digital compilation release from KROMP ROOM RECORDS entitled Beatroom 01. Blitzkrieg and Kings in White will be promoting the upcoming compilation which opens with “In Cold Blood,” (Kings in White remix) along with the video clip.A 40-second teaser dropped on April 6, 2020. Peter Guellard, who directed and edited this video, left viewers with great anticipation. It features deserted and apocalyptic aerial footage from Lodz, shot by Jaroslaw Miszczak right after the pandemic curfew had been announced. Drone shots are interwoven with empty streets and post-industrial landscapes in Pittsburgh, USA. The video premiere is scheduled for April 22. The trailer also reveals information about the official KROMP ROOM RECORDS compilation titled Beatroom 01, which will be released on April 29, 2020. As the special guest is Carlos Perón, co-founder and former member of Yello.