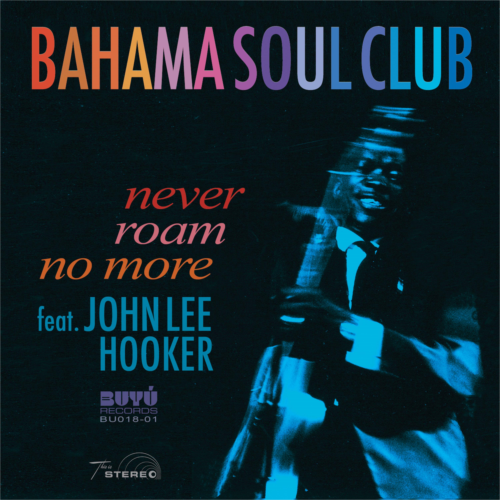 ”When you think of blues,” Ike Turner once mused, “all you think about is someone crying that their woman’s gone and how bad life is and all that. Why can’t it be something happier? Why can’t it have a beat to which you can do the dances of today?” No sooner said than done. And it's easy! A John Lee Hooker Blues from his early days mixed with the contemporary Latin Nu-Jazz of The Bahama Soul Club, that's it! After ‘ages’ of silence around the German Soul-Jazz outfit around Oliver Belz they are back … laid back, uber-cool and more relaxed than ever. With a matured taste of finest Algarvian vinhos The BSC are working on a new album in the tranquil and inspiring environment of their new Portuguese recording studio located in an idyllic Algarvian countryside setting between Lagos and Sagres. „From tons of ideas we handpicked those few songs where the sun shines through at some point during the sessions. Just a very few, but worth to embellish on a grand scale.“ One of the first tracks called „Never Roam No More“ with excerpts from a 1946 recorded version from Hookers “My First Wife Left Me”. A deeply personal reflection on loosing his wife Maude Mathis. „We love it when he speaks directly to the ‘boys’, the ‘fellas’. It’s fucking hard for men to let down their guard and show vulnerability, but it’s ten times harder with the guys due to the unwritten codes of male bonding behavior in the early 50s.“ So give the guy credit for his honesty, a quality shared by all the truly great blues artists. „No matter what anybody says, it all comes down to the same thing. A man and a woman, a broken heart and a broken home.“ JLH.(c) 2018 Buyú Records , LC 18620, Catalog: BU018-01, EAN: 4260162630194, ISRC: DEKF30800145