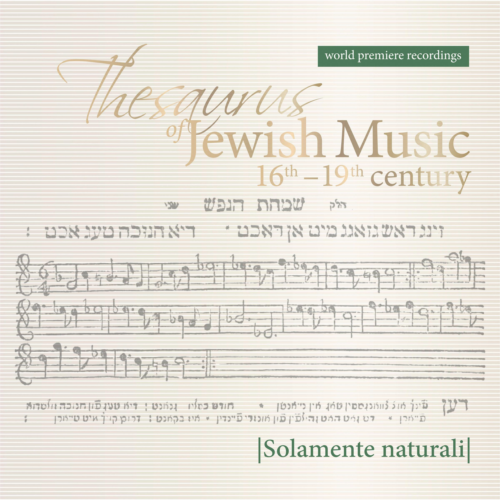 In this extraordinary project the ensemble Solamente Naturali reached for the selection from the biggest collection of jewish music ever. This collection is compiled by Abraham Zvi Idelsohn. His supreme work which earned him the title "father of Jewish musicology" is a complete Thesaurus of Hebrew Oriental Melodies in 10 volumes. In it he collected songs of Jews from around the world - it happened to be the most extrensive collection of traditional Jewish music ever. The uniqueness of the project is accentuated by the fact that it offers the image of the music not impacted by the new klezmer tradition, but the return to the times preceding the 20th century. The Jewish music culture is a living body filled by inner developments in every aspect of the Jewish society (religion, politics, mystique, philisophy). The CD recording offers unique reconstructions of early, rarely performed pieces by almost forgotten authors of synagogue music, arranged for a baroque orchestra and section of original solo instruments and singing.