Kurdish singer Şînwar is releasing his new multilingual single Party together with Manantial (Johan Moberg) and Aranha (Albert Cruz). The trio offers you as a listener a universal message in Kurdish, Spanish and Portuguese: Tonight's the night, let’s have a great time! Şînwar’s previous work has been inspired by traditional Kurdish music, but always interpreted with freshness and from a modern point of view. His previous album Hê Dunyayê, released in 2007, gained attention mostly in Kurdistan and the middle-eastern countries. The intention is now to broaden the musical spectrum and reach new listeners with this new single Party as the first step. So why reggaeton? Well the answer is simply that the trio has always had a great passion for this Latin American music style. Now, in combination with the Kurdish singing tradition and Kurdish lyrics, a new interesting sound is here. Behind the musical production is flamenco guitarist and composer Johan "Manantial" Moberg, who also produced Şînwar's previous album. Manantial composes music mostly in the Latin genre and works almost exceptionally an instrumentalist, but on Party he joins Şînwar in vocals, singing in Spanish. Aranha gives a Brazilian flavor to the group. This capoeira-teaching musician, originally a drummer/percussionist, comes from a reggae background, but also grew up playing samba and other Brazilian rhythms. With Party, Aranha also shows his skills as a rapper. The Swedish based trio also releases a video along with the song. It was shot by filmmaker Henrik Perälä, and edited by Jim Robin Lindgren, produced in the north of Sweden for Digitalproduktion.se. Except for fancy clubbing scenes and bustling party atmospheres, the video also offers inside glimpses from studio sessions and footage from local festivals. So what is the final result? One way to describe it is this line taken from the song itself: "Dedicated to all the dancers of the world, showing once again that in music there are no limits, no boundaries. Turn it up! Let's do it!” For further information go to: sinwar.se manantial-music..com digitalproduction.se filmfixarna.se Contact info: +46 (0) 703 522 230 +46 (0) 762 079 936 manantialmusic@gmail.com 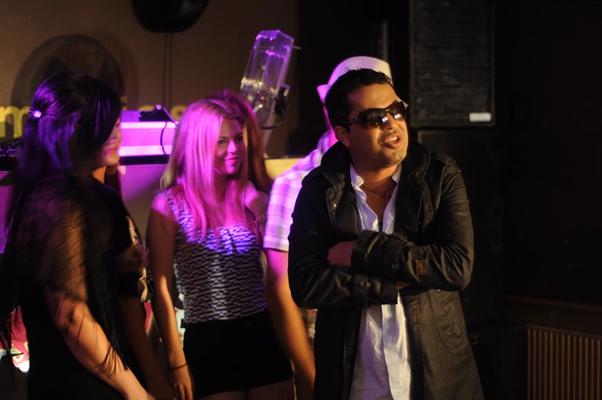