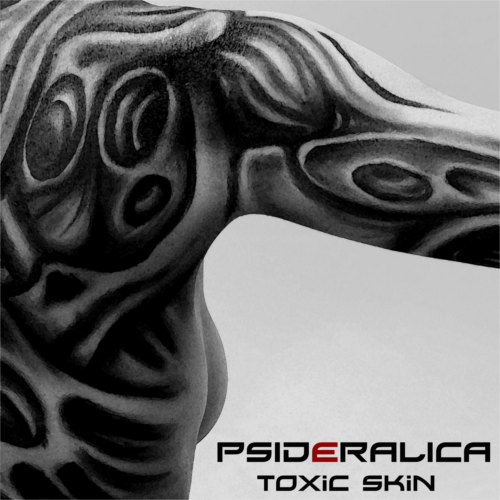 After five years, first single of the new album TRINITITE

Founded in 2002 by guitarist TONI KERNEL, the band was finalist and winner in several national contests, launched in 2005 its first LP "ENGEL DER NACHT". Two years later, after several changes in the components group's, the lineup was established with an interesting change of direction: the incorporation as a new lead singer of LADY MARIAN, Toni Kernel’s wife, who brought sensuality and new nuances to the voices of PSIDERALICA. In 2010, PSIDERALICA released their second album “NEOPHOBIA?”. After sharing the stage with Sôber in Mallorca (2012), returned NAK, original drummer of the band. Finally in December 2014, SILVIA PANIC, with her toxic bass, joins PSIDERALICA.PSIDERALICA has performed live shows on the main Spanish cities, The Dark MillsFestival 2009 (London, UK), Spider's Web Festival 2010 and 2012 (Bristol, UK), and FESTIVAL COSTA DE FUEGO 2012 (Benicassim, Spain) with artists like Guns n 'Roses, Marilyn Manson, Lacuna Coil, Paradise Lost, Nightwish, InFlames, etc. ; and in April 2015 the band has performed in the "Showland" of Mallorca FULL METAL CRUISE II, the main metal cruise in Europe.Costa de Fuego: “Bands like Psideralica escape all rules. They hit you from different angles. It’s not your typical Goth, or industrial, or dance group. Waves of synths and electric guitars intertwine with the voice of Lady Marian, capable of crossing Madonna with Rammstein. Undoubtedly Psideralica’s forte is the stage since their music, after all, is dance music and there’s no better way to listen to their most recent album Neophobia, which has received good critics all over the world, than live.”NOW PSIDERALICA RELEASES "TOXIC SKIN", THE FIRST SINGLE AND VIDEO OF THE UPCOMING ALBUM "TRINITITE"!!!