Crow in a Crow 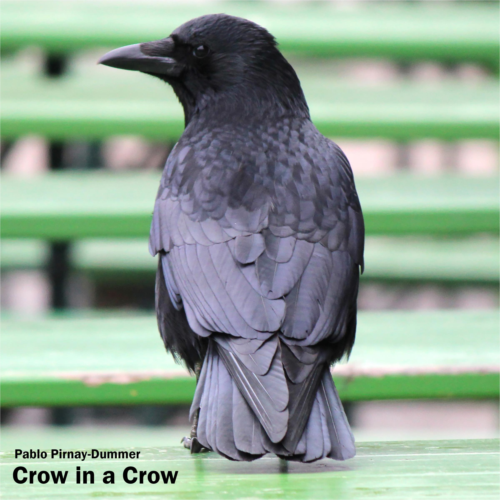 Crow in a Crow: The Story of a Strange Wanderer

This concept album is full of musical cross-overs, magic (obviously), and a grand finale inspired by minimal music.Have you ever followed the flight of a murder of crows? As they weave and roll across the sky almost like a dream, slowly enchanting the earth below? As journeys go this one follows a darker road less travelled. Our nomad is no hero, yet is forced by his own heart to do heroic deeds. Following the siren call of love he wanders near a place of great magic, is gifted with power and nearly consumed by the weight of this gift. Beset by powerful forces he fights with cunning and learns the way of the crow. Aided by The Elder he is allowed to drink deep from the Well and rest his weary head for a while. But the crow is restless and seeks places of battle and the intoxicating smell of blood. Constantly tempted to use his power recklessly he instead becomes the crow’s teacher. The adversarial forces constantly follow him, seeking to take his power with force, offerings of wealth, prestige and earthly delights. But as the wanderer dives deeper into the mysteries of the crow he realizes that this power is not for him to give away for personal gain. In a final, monstrous effort he sets the crow free again. Weary to his core and at the end of his strength there is yet another path that beckons. With a sigh the wanderer stands back up and starts walking again. One foot after the other. A new journey begins promising to fill the void of his loss.