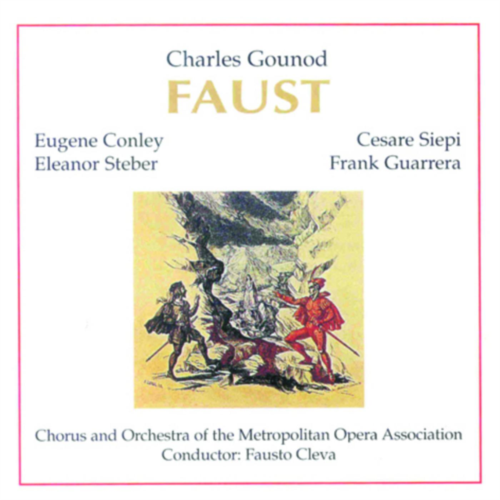 According to a statement by Charles Gounod (born in Paris, 1818, died there 1893) in his autobiographic sketch, it was he who proposed ‘Faust’ as an operatic subject to the librettists. ‘In 1856,’ he writes, ‘I made the acquaintance of Jules Barbier and Michel Carré. I asked them if they were disposed to work with me, and to entrust to me a poem, to which they consented with great willingness. The first subject to which I called their attention was ‘Faust’. This idea impressed them favourably. We went to see M. Carvalho had achieved a brilliant success. Our project pleased M. Carvalho, and my collaborators set themselves immediately to work. ‘Faust was put in rehearsal in the month of September, 1858. I gave a hearing of it to Mr. Carvalho in the green-room of the theatre on July 1st. M. Carvalho requested me to allow Mme. Carvalho to be present. She was so deeply impressed with the part of Marguerite that M. Carvalho begged me to assign that role to her. This was agreed upon and the future proved this choice to be a veritable inspiration.’ Gounod’s Faust had its first performance at the Théâtre Lyrique on March 19th 1859 and was given there thirty-seven times.- Ten years after its first performance it was revised to fit the policy of the Grand Opêra, the ballet being added, and performed there for the first time on March 3rd 1869. Twenty-eight years after its premiére Gounod was privileged to join his friends in a celebration of its 500th performance and eight years thereafter the 1000 mark was reached. The first American performance of Faust took place at the Academy of Music in New York on November 25th 1863. The work was performed in German. On October 22nd 1883 the opera, this time sung in Italian, was chosen to open the new Metropolitan Opera House. Christine Nilsson, who had sung the part in the Paris revival in 1869, sang the part of Marguerite.