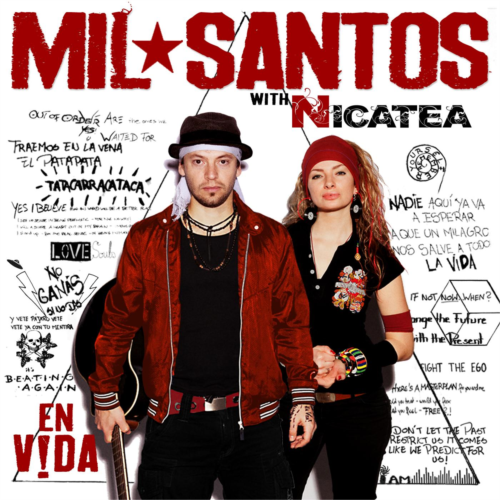 “It is a little ironic that the most warm hearted music project in Germany should come from Berlin; of all places. On the other hand, MIL SANTOS music is the ideal combatant for the cold Berlin Winter, namely an acoustic fusion of English, German and Spanish, a little Buena Vista Social Club mixed with a touch of Latin romantic, spoken word and interspersed with huge beats.” (Initiative Musik Deutschland) MIL SANTOS – singer, songwriter, globetrotter – from Colombia to Japan and to Kreuzberg, Berlin. His gripping voice expresses his Colombian nationality, and his words are piercing. He raises his voice from the old continent and sings of new worlds. Since late sommer 2012 the new album “EN VIDA!” is available for purchase. MIL SANTOS means a thousand saints, and they light his way through worlds and cultures, just as the microphone and guitar accompany him on stage. These stages stretch from Germany all the way back to Colombia. You can find him on lineup of famous festivals, underground clubs, or last year even in Bogotá in the Plaza Bolívar, as 40,000 people sang his song “Llegó el día llegó” at full blast. “EN VIDA!” – MIL SANTOS new album is a collaboration with singer NICATEA (she played with musicians of Fury in the Slaughterhouse, BAP, Julia Neigel etc). NICATEA the female powerful voice on „EN VIDA!“ is on the road and on stage with MIL SANTOS since 2009. Her vocal variety flows along with her own words, mostly sung in English. This means that you hear the completely natural ease with which both the artists combine the two most widely spoken languages on our planet. From “EN VIDA!” we hear a future orientated, positive approach to global transformation. Passionate and honest in a consciousness, that runs through all lyrics, overall languages, nations and generations. This realistic and life affirming expression is packed into an electronic-acoustic fusion of modern beats and Latin rhythms, as well including as hip hop and electro elements. Balm for your body and soul, to make you dance and to feel. This sound and this statement raise hope, lust for live music and great joy! With the song „OYE!“ you can listen to the appearance of George Pajón guitarist of “The BLACK EYED PEAS”. Before „EN VIDA!“ a lot happened too. In 2009 they supported Culcha Candela on their D-AU-CH tour, along with Soundsystem, representing the EP “Creo”. Shortly after this they were flown to Medellin, Colombia, in order to be involved in some concerts at “Zona Norte”: the realization of a socially groundbreaking project for the history of Medellin. In 2010 MIL SANTOS & NICATEA once again went to Colombia. MIL SANTOS song “Llegó el día llegó” was used in the presidential campaign of the Colombian green party. Because of the large amount of media coverage throughout all over Colombia, MiIL SANTOS and NICATEA were received by a huge media contingent some days later in Bogotá, Colombia. After concerts and interviews (ZDF, CNN-USA, Billboard-Magazine, Funkhaus Europa among others) in Bogotá, Cali etc, the high point took place on the Plaza Bolívar in the heart of Bogotá in front of 40,000 people. Back in Germany both artists, along with their Live-Crew, which are all passionate musicians from everywhere under the sun, played enthusiastically on familiar stages throughout europe. The work on “EN VIDA!” began. MIL SANTOS is, along with Shakira and Juanes, an ambassador of Colombia. A land that has already survived so much strife, yet nevertheless spreads so much vitality and courage throughout the world. So this mix of Latin sounds that let your body sway, and groovy urban beats that make your feet move came to be, and so “EN VIDA!” came to life. ”Music is the purpose and means, a home in every place!” (Mil Santos) MIL SANTOS & NICATEA on “EN VIDA!” – true to the motto “ALIVE!” Website: http://www.milsantos.com 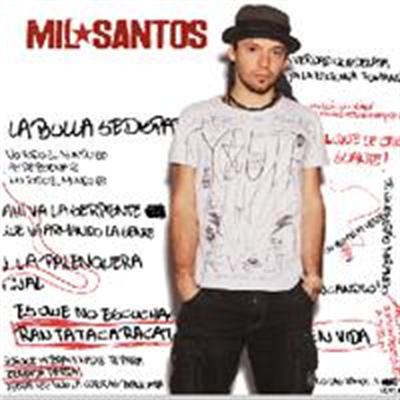 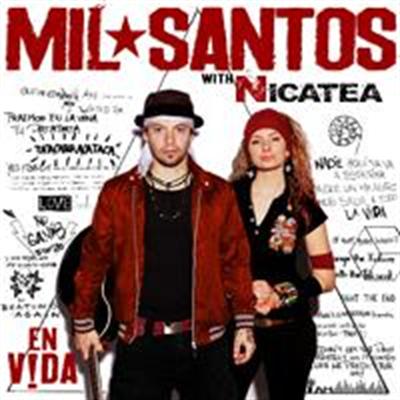 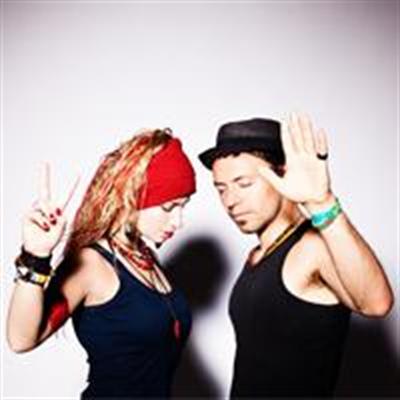