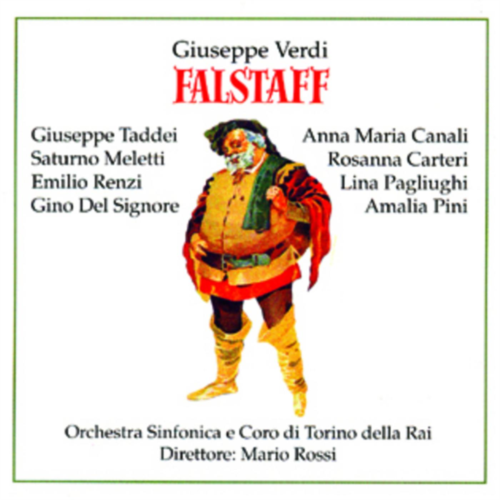 In 1890, at the age of 77, Verdi was the most distinguished figure in the world of opera, which he himself had so incredibly enriched, over a constantly creative span of a half century, with 25 operas. Three years before, the production of Otello had earned him the highest praise from critics and public from many countries, assembled in Milan for the premiere. Verdi, having capped his career with the greatest of all Italian tragic operas, had seemingly retired. It is in great part to Arrigo Boito, the brilliant librettist of Otello, that we owe Verdi’s return to composing, for it was he who lured the master, finally offering him the irresistibly attractive bait of his own superb libretto, based upon, but widely divergent from Shakespeare’s Merry Wives of Windsor. Librettists are too often the weakest link in the operatic chain. Perhaps it is much more than a coincidence that the greatest works of both Mozart and Verdi were composed on librettos – by Da Ponte and Boito – which are, in themselves, literary works of high quality. Verdi had been plagued throughout his whole career by conventional, melodramatic books whose sheer silliness at times could hardly be masked by even the most skilled of composers. But the devoted, painstaking collaboration of Boito enabled Verdi, at the climax of his career, to create the two masterpieces, one comic, one tragic, which are unalloyed expressions of his genius. By 1892, Verdi’s score was completed, and on February 9, 1893, Falstaff was sung for the first time at La Scala. Press and public received the new masterpiece with great enthusiasm, speaking not only of Mozart and Rossini in their efforts to find paragons, but also of Beethoven. Strangely, the very qualities which make Falstaff a truly great artistic creation also make it difficult to appreciate in full. Boito’s brilliant and delicate verse is highly and consciously literary; Verdi’s score, the final statement on life of a wise old man, is complicated and subtle.