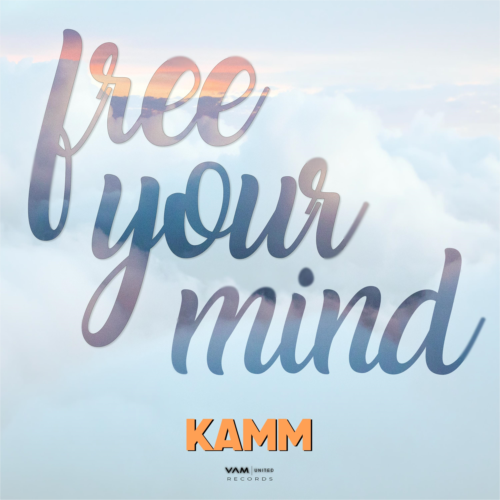 "Free your mind" by KAMM with emotions from the heart!

An ode to Kamm's mother who passed away September 2021, "Free your mind" is now available on all platforms. Kamm had a unique bond with his mother, and he was inspired tremendously by her work ethic and musicianship! Before "Gigi" passed, the last song she heard her son sing was "Free your mind!""She saw the change I was making in my music and encouraged me to use my voice to the fullest. My mother motivated me to continue my path of growth through VAM-United Records," says Kamm. The vibe is right, the message is influential, and the emotion is from the heart! Music is an international language and Kamm's message is pure to anyone & everyone who seeks inspiration or motivation! "Free your mind" was originally produced at VAM-United Studios in Saarbrucken, Germany by Mr.RAZ (VAM-United CEO). Kamm sang the song freely, effortless, and smiling as he danced through the mixing session and excited for his mother to hear the final version of "Free your mind!"VAM-United Records CEO, Mr.RAZ called Kamm on the telephone & the conversation was clearly to release "Free your mind," on the birth date of Kamm's mother, Giovana 'Gigi' Kingsberry, November 3.About VAM-United Studios VAM-United Studios was founded by Mr.RAZ and mainly records Hip-Hop and Rap music with local artists in the Saar-Lor-Lux area in Europe. The quality and professionalism at VAM-United Studios have seen it booked throughout. Since its inception, VAM-United Records has had numerous releases worldwide with artists like Simonne, Killa E, Chabibis, Kevin Stvxx, Alan Stern, Grandfathers Skin, TSK, and of course KAMM#vamunited #vamunitedrecords #freeyourmind #vamunitedrepresenters #kamm #mrraz