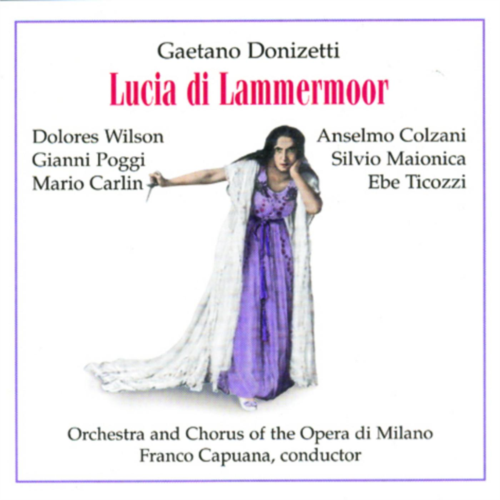 During the late 1930’s Gioacchino Rossini announced that his opera William Tell would be his last, and this mantle of fame passed to the shoulders of Gaetano Donizetti, one of the most prolific and spontaneous composers the world has ever known. Donizetti’s only serious rival, Bellini, had died in 1835 at the age of thirty-four. Verdi, still unknown, was not to rise to fame until some years later. Thus for ten years Donizetti ruled Italian opera and reigned as “composer-laureate” for all of Europe, since the supremacy of the Italian opera was not threatened by the rising French and German rivals. Writing music came easily to Donizetti. He worked quickly, ideas came to him readily and he rarely made corrections. Between 1831 and 1834, for example, Donizetti wrote eight operas, among them the charming opera-buffa L’Elisir d’Amore, and Lucrezia Borgia. Don Pasquale was composed in eleven days; Lucia die Lammermoor in six weeks. It is probably this very spontaneity and swiftness that lends Donizetti’s operas their charm, if sometimes a dash of superficiality as well. Certainly most of the composer’s seventy operas have been forgotten, but in his greatest operas – and in their best pages – Donizetti was able to achieve extraordinary effectiveness. “The fact remains, “ writes Cecil Gray, “that when he chose to take trouble he was capable of attaining remarkable heights.” Donizetti composed simply and unpretentiously; he had a tremendous talent for ensemble writing and excelled in both tragic and comic styles. His music, with its freshness, vitality and grace, was not written to be worshipped or even analysed-rather it was given to us to be enjoyed. Lucia die Lammermoor is Donizetti’s best work in the serious vein and its best pages are among the finest in Italian operatic literature. More than a hundred years ago, critics declared that Lucia would be named as Donizetti’s masterpiece, and a century of musical change and development has not hurt the popularity of Donizetti’s work. It is therefore interesting to note that music lovers of today are substantially of the same mind as operagoers of the period when Lucia was written. That is not to say, of course, that modernday listeners regard the music of Lucia as a model of “force and drama”. But one must remember that, at the time Lucia was written, Wagner had not yet written any of his greater works, Puccini had not been born. And the Italian public, for which Donizetti composed, found in Lucia a dramatic character all its own.