From The Country To The City 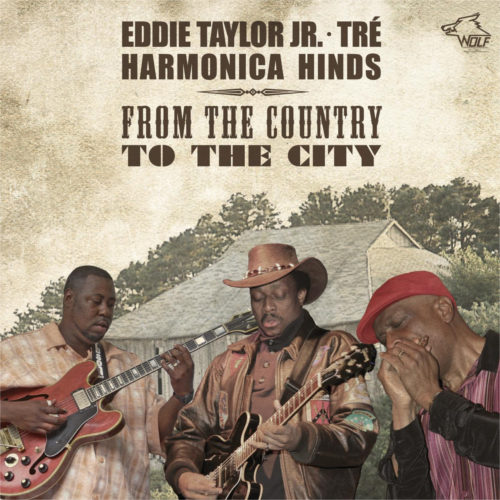 This is the VERY BEST UNPLUGGED CHICAGO BLUES CD EVER!

Wolf producer Hannes Folterbauer got the idea to put three great Chicago Blues artists together in a studio to recreate a sound like the one of Muddy Waters together with Buddy Boy and Willie Dixon 50 years ago. (all played acoustic instruments) Harmonic Hinds was a part of the young generation of Chicago Blues that Living Blues founder Jim O´Neal brought to Europe 30 years ago. He is a great harmonica player and singer! Besides Sugar Blue and Billy Branch he is the main figure of Chicago Harmonic Blues today. TRE is the son of the SOUTHSIDE LEGEND L.V. Banks and, even though he is still young, he produced many CDs of his own for JSP and WOLF. He is not just a great singer and guitar player, but also a fantastic song writer. On this CD he wrote the title song as well as the great Church Bells Blues. The last member of this unplugged Blues Trio is the son of Chicago Blues legend Eddie Taylor, Eddie Taylor Junior. He plays on his father´s old red gibson guitar just the real blues, NOTHING ELSE. He already had three WOLF CDs released on his own. This helped him to get gigs at the Chicago Blues Festival and on many different festivals in EUROPE – especially in France. Eddie Taylor jr. can both play the down home blues style of his father and sing his own songs with some modern guitar playing.