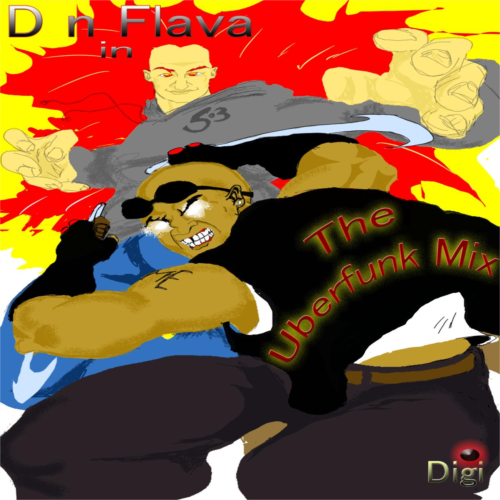 The Uberfunk Mix is a collection of D n Flava tracks recorded mostly between 2003 -2004. Many of these songs had only ever been performed live and most never received much recognition out of West Coast, USA. This mix is a compilation of recordings, many of them rehearsals, remixed for release. This is a style of Hip-Hop that is distinct and fun. Celebrate the History of the Uberfunk Movement while we prepare to innovate yet again for the new decade! For the first time ever, these songs can be enjoyed the world over!