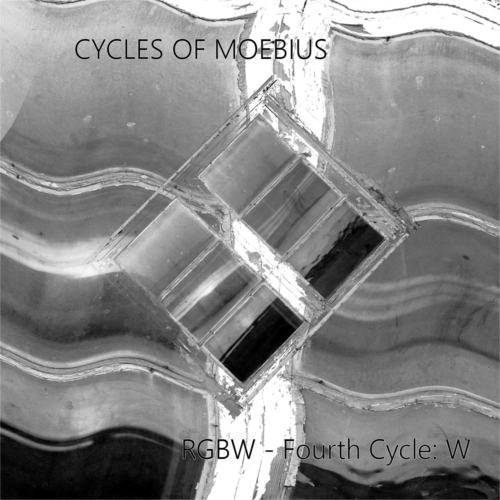 Trapped inside a loop

During mainly 2013 and 2014, Jovica Storer and Lounasan worked intensly on this collaboration project... This is part four of a four part project... The music goes through a lot of twisted atmospheres. The fourth album in the RGBW series, is the final conclusion. Please note the beautiful ambient dream away-er that releases this project in space with a gentle push. During mainly 2013 and 2014, Jovica Storer and Lounasan worked intensly on a collaboration project, resulting in the music of the RGBW project. The music has been used in the exhibition Vormspinsels in Ghent. Further editing and mastering resulted in a four CD-set. The music goes through a lot of twisted atmospheres. You could boldy say that the two connected brains visioned in RGBW how electronic music can be in all its forms and beings. Moving from soft sounding pads to an industrial hit, from ambient to rythmic sequenced spells, from humorous drops to serious work... off course, always with a weird twist, that's what you can expect on this whopping four album cycle. Have a dive into the soundworld of these two Moebiesque dwellers, trapped inside a loop which they can not escape.creditsreleased May 29, 2015 Construction Complete: 2014 Mastering: Joost Carpentier Label: C-O-L-O-U-R-SArtist Page: www.c-o-l-o-u-r-s.com/artists/cycles-of-moebius Cycles Of Moebius is two-brained: Left half: Lounasan - Right half: Jovica Storer and YES, you'll find more music of them on music provider sites.The full cycle RGBW is available in a CD box!tags: electronic surrealism synthés weirdo ambient ambient electronic aphex c-o-l-o-u-r-s cycles of moebius shoegaze soundscapes space surreal soundscapes synthesizer weirdonia Belgium