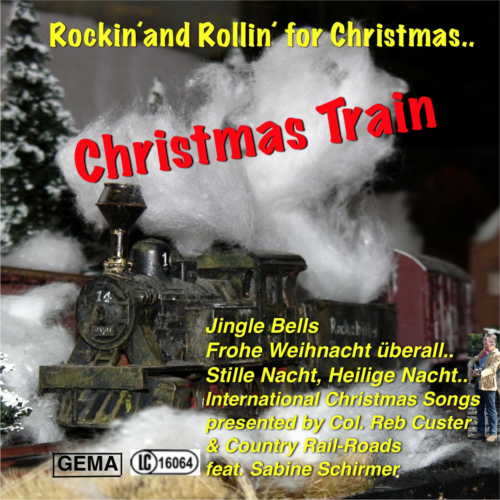 This Album presented by "Country Rail-Roads"-host Col. Reb Custer unites traditional and new titles from Europe and US for easy listening and Christmas parties. Well-known songs from Tirol and famous titles like "Jingle Bells" are supplied by the new "Rockin and Rollin for Christmas" and the song about the tiny, little "Christmas Train", which every father and son still can remember that special Christmas Eve having run the first time under the tree in the living room.. Like already on the album "Die kleine Weihnachts-Eisenbahn", which tells that story in German language, these Xmas-songs are presented with that certain winking eye by the Rock´n´Roll and Country singer, on some tracks like "Es wird scho glei dumpa" and "Deck the Halls" featuring Bavarian Chorus lead voice Sabine Schirmer.