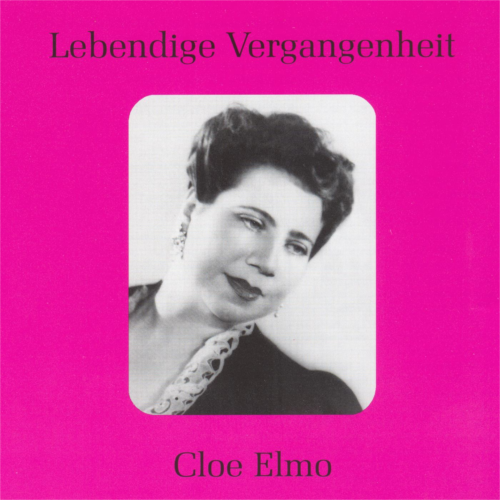 She was born in Lecce in 1909 and started to study singing at the age of 17 at the Accademia di Santa Cecilia in Rome. Her teacher initially classified her student as a dramatic soprano. Elmo made her début in Cagliari as Santuzza in 1935. Her first important engagement was as Adalgisa at the Teatro in Turin. In the following years the artist was to become one of the busiest singers on Italian Radio. In 1936 Cloe Elmo made her début as Meg Page in Falstaff at La Scala. Brangäne and Azucena became her next roles. She appeared at all major Italian stages as well as in Germany, Austria, Hungary, Rumania and Switzerland. Her début at the Met was as Azucena in 1947. Although she was successful her career at the Met did not pursue the way she had hoped. She did not to renew her contract and returned to Italy where she concentrated herself more and more on teaching. In 1954 she was appointed professor in Ankara, where she died in 1962.