No Sid But Git (Analog Remastered) 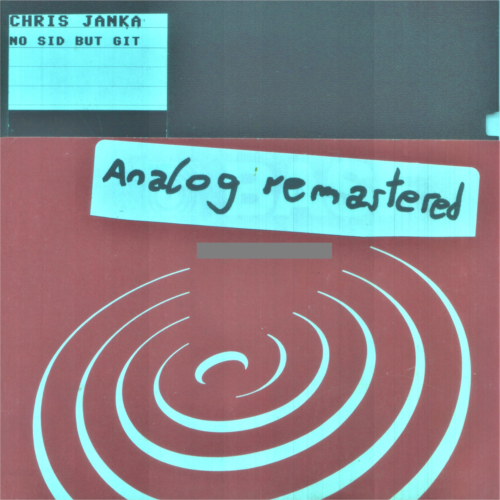 CHRIS JANKA - NO SID BUT GITThe screen of the c64 was our last resort! The math exercise books were lying on the floor, the parents were lounging in front of the television on the first floor, the screen was flickering there too. But while the eyes below were shutting down, ours were feverish with the thrill on our screen. sleep? Forget it, doesn't earn you any points: one second of unconcentration and you crash into the next tunnel wall in the children's room. And the funeral march to our deadly crash came from SID. Our ears absorbed his sound in countless nights: that wasn't a department store sprinkling, that was victory or defeat! Our older brothers had Sid Vicious - we had SID, the sound chip that provided acoustic hypnosis in the Commodore C64 home computer. At that time, this chip had the ability to produce three-voiced synthesizer sounds, and a lot of great composers provided suitable melodies for the games. Despite - or just because of! - the 3 voice limitation brilliant sound material , the best of which Chris transferred to the guitar on this album, and like back then with the C64: no tricks! - no loops, no other aids."NO SID BUT GIT", a homage to nights played out, to the twitching of the thumb and to the first pack of cigarettes.Herbert Zgubic, Vienna 20052022: Analog Remastered @ Janka.Industries