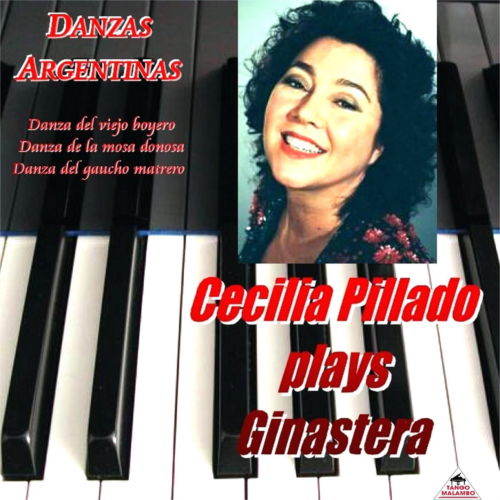 On the 30th year anniversary of Ginastera’s death, CECILIA PILLADO, a specialist in Argentine music, wish to honor with this recording one of the most prominent protagonist of the 20th century Argentine music. Ginastera is known as a “South American Bartók” because of the development of rhythmic folk elements and use of polytonality. Dances No 1 and No 3 inlude obsessive rhythm and virtuoso passages while a calm melodie prevails in Dance No 2.