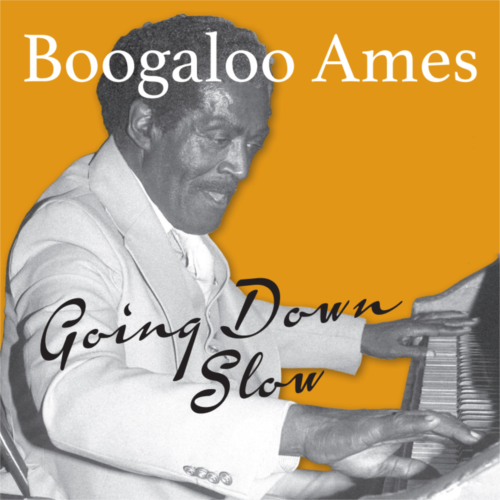 Boogaloo Ames is a famous Blues – Jazz – Boogie Woogie piano player from Greenville MS. He was born 1918, in the 40´s, he had his own band where he played in the Detroit area and he also played with Nat King Cole and Erroll Garner.In the 60´s he was Session-musician for the Motoron-Label. In the 70´s he played for the wealthy class in the Mississippi Area and played at different blues festivals like the Chicago Blues Festival.He worked together with Mulgrew Miller and Eden Brent, other piano players, with them he toured to New York and Washington DC. Matt Block recorded Boogaloo 1997 in Greenville MS, where he recorded the songs Going Down Slow, Early In The Morning, Route 66 an 9 other great songs. 2 songs has already been published on the Wolf CD “The Story Of Piano Blues” – 120.106He also received some Awards, like the Greenville Arts council Lifetime Achievement.Boogaloo was one of the greatest Delta Blues piano players and this is his first CD recording ever!