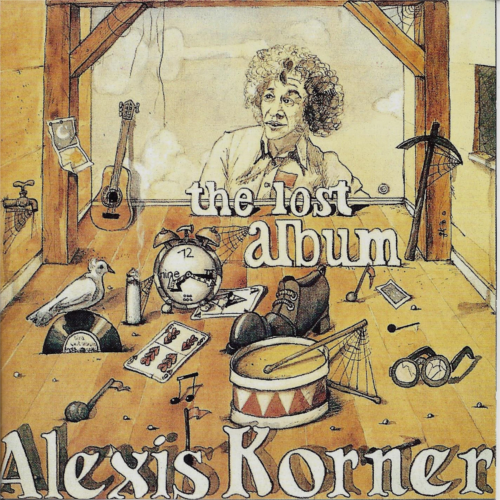 Line-up: Alexis Korner - guitar, vox / Jim Diamond - backing vox / James Litherland - guitar / Danny McIntosh - guitar / Cliff Williams - bass / Graham Broad - drumsWhen we recorded Blue Cheer's first studio album in a long time here at Dave Anderson's legendary "Foel Studios" we went through lotsa tapes and material in the archives on our leeway time.We were totally thunderstruck to find recordings from the earliest days of Foel, from 1977 ... after striking several deals and hitting the necessary agreements, I finally could go on and release this unique musical document from a time when Alexis was mainly busy with Snape and C.C.S.For the artwork we coud get famous german painter star Günther Kempf, who felt flattered to design a cover for a legend. Here it is. Dig It. Roland Hofmann