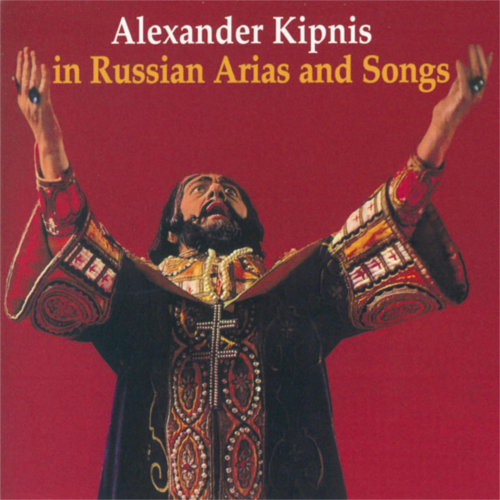 The artistry of Alexander Kipnis, the celebrated Russian bass whose career reached its zenith between the two world wars, was distinguished by infallible technical control of his vocal material. This allowed him to find the necessary consistency of tone production to permit the organ-like splendor of his dark voice to unfold at his bidding. A special characteristic was the apparently limitless range of colors in a powerful voice capable of sustained dramatic statements. The result was a diversity of artistic expression which was reflected in the broad range of his many stage opera roles and also in his extensive song repertory. His astonishing ability to sing softly enabled him to seamlessly connect dramatic outbursts with delicately colored lyric passages. It also served him well in moments demanding a cryptic 9r secretive atmosphere. In addition to this came the guttural handling of words, a characteristic of his mother tongue, which never distracted, indeed rather heightened the attractiveness of his extraordinary voice. Alexander Kipnis was born on February 1, 1891 in Shitomir, Ukraine. Although bis voice was admired even as a child, he decided to become a conductor and enrolled at the conservatory in Warsaw, studying voice at the same time. After bis graduation with honors in 1912, he devoted himself entirely to singing and continued bis vocal training with Ernst Grenzebach in Berlin. At the beginning of the First World War Kipnis was interned as an enemy alien. In spite of this he was able to make bis debut at the Hamburg opera in 1915 and became a member of the Wiesbaden Court Theatre in 1916. The seasons from 1919 to 1933 in Berlin, where he sang at both the City and State Operas, were for Kipnis years of artistic development and maturation. Alexander Kipnis appeared at the Vienna Staatsoper for the first time on June 26. 1929. The role was Sarastro in "Zauberflöte", with which he celebrated a triumph at Glyndebourne in 1936 and also at the Salzburg Festival in 1937 with Toscanini conducting. In addition to bis regular guest appearances at the leading European houses he participated as early as 1922 in Wagner performances given by the German Opera Company in North America. His enormously successful stage and concert career would later take him to South America and New Zealand and in 1938 to Australia. Above all it was the great Wagner roles which established bis brilliant worldwide reputation; he performed them in Chicago from 1924 to 1932 as well as at Covent Garden in London and in Paris, where he made bis debut on May 20, 1931 as King Marke. Preeminent among bis many roles was without doubt Gurnemanz in "Parsifal", which he sang at Bayreuth under Siegfried Wagner. Equally significant were bis Ochs, Rocco, Osmin, Leporello and Mephistopheles. Following the arrival of the Nazis in 1933, he moved to Vienna and was a member of Staatsoper until 1938. The majority of bis performances there were in Wagnerian roles but he was also admired as Ramfis. Padre Guardiano and Leporello and especially for bis magnificent interpretation of King Philip in the new production of Verdi 's ''Don Carlo'' which took place on December 16. 1936. Although he had been an American citizen since 1934, Kipnis made a relatively late debut at the Metropolitan Opera (as Gurnemanz on January 6, 1940). He was a member of the company until 1946. Performing such diverse roles as King Marke, Arkel (Pelleas et Melisande), Hermann (Tannhäuser), Hagen, Hunding, Ochs, Sarastro, Nilakantha (Lakme) and bis celebrated Boris Godunov. Kipnis's uncommon popularity in the United States was based upon bis extensive concertizing; bis recital programmes were distinguished by bis cultivated and sophisticated taste. He was also unusually successful as a pedagogue at the College of Music in New York.