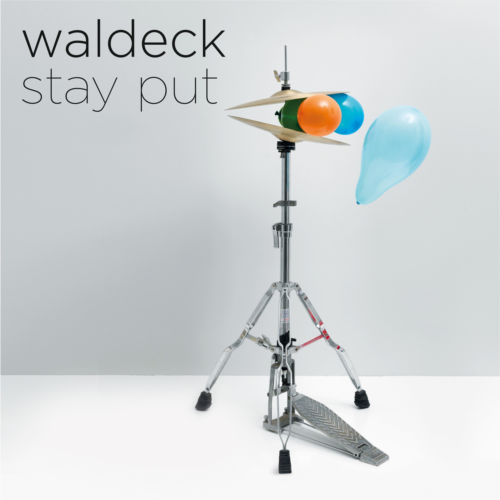 It is hard to believe, but Waldeck´s signature album “Ballroom Stories” is 10 years old. The people at Dope Noir Records feel that this marks the perfect occasion to celebrate its anniversary with the release of a legitimate successor going by the name of “Atlantic Ballroom” - due later in 2018.For those curious what the new album might sound like the wait will be sweetened by this very “Stay Put” EP available on 150 gr vinyl & digital formats.Four brilliant downtempo tracks, all of them featuring Waldeck´s new chief-chanteuse Patrizia Ferrara whose extraordinary vocal performance will give you goose bumps right from the beginning all the way through. Ferrara, being half Sicilian & half Austrian spent the better part of her musical career in Brooklyn, NYC. Asked for a comment Waldeck simply smirks: “She is a real million-dollar baby”As with previous releases this one once again hits the spot and highlights Waldeck´s ability to create a whole new sound universe. “Electro-Blues” meets “James Bond- in Casablanca”.The first track “Stay Put” is quite obviously inspired by the legendary blues & swing icon Fats Waller and captures the mood of the early days of swing, when Al Capone allegedly hi-jacked Waller for a couple of days to play exclusively on one of his private mob parties.Followed by “So it shall be” - a real beast - that lures with a snake charming seductive Ethiopian groove.With “Rough Landing” Waldeck then time travels to the 21st century. It could well serve as a title song to the yet to be finished Bond movie “James Bond in Casablanca” (2024).The last song “Je t´aime beaucoup” is a super slow downtempo blues that haunts you with a longingly whisper for love. A late night in Paris…. no questions asked.Waldeck dwells on smokey Jazz riffs & bluesy piano lines. He likes to keep the overall electronic feeling subtle, but yet present.Well done Mr. Waldeck!