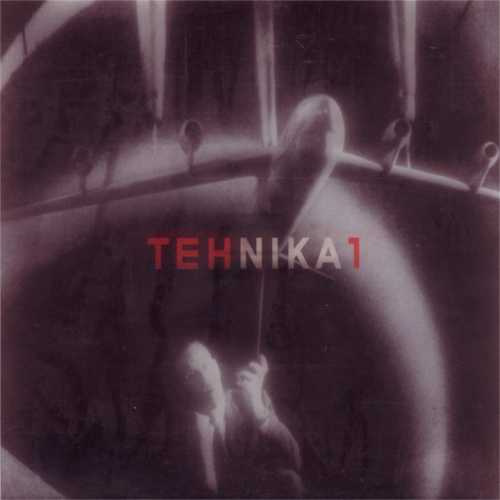 TEMPONAUTA: This is a project created by DJ Bizzy & Dj Dojaja (Damjan Bizilj and Marjan Crnkovic). These two highly skilled DJs are also close collaborators of DJ Umek as well as members of the Rotor group. They are resident DJs in the best Slovene underground and overground clubs, such as K 4, Propaganda, Ambasada Gavioli, Sub Sub and others, and regular guest DJs at big rave events. SIGNAL: The author of the project is Iztok Turk, previously involved in Children of Socialism, Videosex, Rotor, 300 000 Verschieden Krawalle, Germania and other projects. Iztok Turk, a forever young ťgodfatherŤ of the Slovene techno, belongs to the very first line of techno (pop), house and minimal electronic music lovers and creators in Slovenia. He started as a musician (drummer, guitarist and vocalist) performing in Slovene punk groups in the late 70s. In the early 80s, he formed a highly acclaimed and popular techno pop quartet Videosex, for which he wrote most of the material. Nowadays he is also a renowned programmer and producer. Iztok Turk has produced some of the Laibach music and remains closely connected with the group. Within the Signal project, Iztok develops slow, ambiental and nostalgically melodic fine tunes. A full-length record of Signal is expected to be released in the TEHNIKA series soon. OCTEX: AKA Jernej Marusic, a 24 year-old resident of Ljubljana, has been experimenting with electronic music for approximately 5 years. His first steps consisted of occasional playing with the Sound Blaster on his PC. After that, he started to explore an old Roland JX-3P synthesiser and consequently fell in love with analogue synths. He soon bought another one. Shortly after that, he joined forces with his friend and created a small studio. From that moment, he has been spending almost all of his money on musical equipment, while constantly working on different musical projects. Within his Octex project, Jernej Marusic experiments with atmospheric deep minimal sounds. He sometimes works with soundscapes with very little or no beat, while on other occasions he opts for a more rhythmical structure. Octex creates various types of living soundforms, which change over time and never sound quite the same twice although they do not move far away from where they started. RANDOM LOGIC: known for their co-operation with Communique, Black Label, Kial, Planet Rhythm and Tresor to name but a few, alias Gregor Zemljic & Miha Klemencic are the ultimate stars of the Slovene minimal techno scene. They have released tracks under numerous names, such as Anorak, Jeremdam, Paldrame, Tadpole, Amderma, Savinto, Medvedek Robotek. Their discography is already impressive. Renowned DJs have been playing their records worldwide. Yet, their music goes beyond the rave and dance culture. They have also written music for some major and alternative theatre, ballet and social/experimental art performances and films. AMDERMA: This is a side project carried out by the members of Random Logic (cf. information under Random Logic). ROTOR: The Ljubljana-based group Rotor was formed in 1998 by a circle of musicians brought up in the clubs and studios of the Slovene dance and techno scene. The heart of the system is Iztok Turk, the main Rotor composer also responsible for studio and live programming and producing. The group also consists of Mario Marolt, sax, Randzo, drums and vocal, Jani Hace, bass, and DJ Dojaja & DJ Bizzy, also known as Temponauta. Rotor's sound is pumpin' & rollin' house spiced with the flavour of modern disco music, French house and dub hypnosis of Berlin minimal sound (Maurizio, etc.). Sometimes especially during live performances the sound of Rotor is underscored by funk. Vocals are only used in some songs, and even then only as an instrument, usually treated with a Vocoder. Rotor now perform regularly in clubs, at festivals and techno & house events all over Slovenia and in parts of the former Yugoslavia. Their li