The Story Of Piano Blues - From The Country To The City 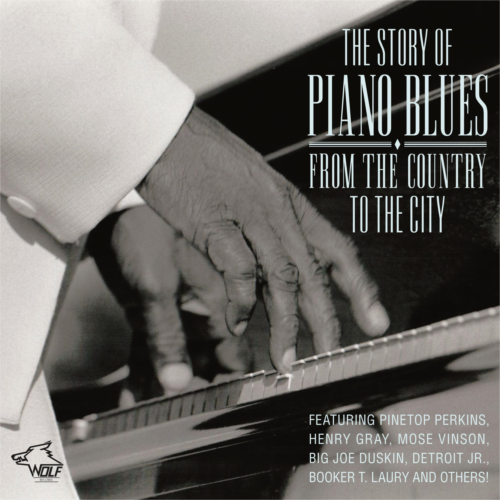 The Story Of Piano Blues - From The Country To The City

All ten of the artists featured on this new Wolf Records’ release had different levels of success and accolades through their careers, yet share similar upbringings and stories. They honed their chops out of necessity in labor camps, house parties and juke joints – synthesizing individual styles that cannot simply be classified as “Blues,” as their music also incorporates Boogie, Jazz and Gospel. They came from rural communities but brought their talents to the city, where they helped to define the Blues scenes in Chicago, Memphis and Houston. And just as they were influenced by the phantom performers of a pre-war era, they too have influenced many legends of 60s and 70s Rock N’ Roll. So if you are a fanatic, enthusiast and archaeologist of music such as me, you will thoroughly enjoy and appreciate the unique piano styles found on these 19 amazing and thoroughly enjoyable tracks of pure Blues and Boogie Woogie.