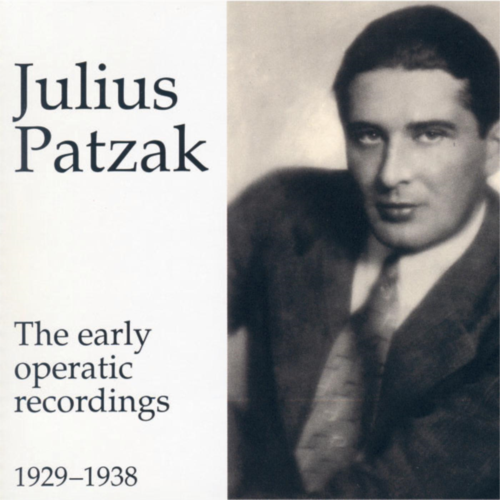 The career of this singer must, perforce, be subdivided into two phases. The first, comparatively short phase, laid the foundation for his subsequent fame. Initially he was one of the most important baritones of his time, a singer whose style was mid-way between Battistini's rarified belcanto and the heroic splendor of Antonio Scotti. From this time date the superb recordings of Amato’s noble, plangent voice. Amato’s vocal decline, which eventually led to complete vocal self-destruction can be dated as starting around the year 1915. The astonishing fact is that despite his audible incapacity Amato continued to be regarded as an international singer for almost twenty years. So superb was he in his vocal prime that it sufficed to carry him through the years of his flagging powers. Amato was born in Naples and was trained at the Conservatoire San Pietro a Majella. At the age of twenty-two he made his debut at the Teatro Bellini in Naples, singing Germont père in "La Traviata". Further roles of his early career were Lescaut in Puccini's "Manon Lescaut", Escamillo, Renato, Valentine. In 1902 he was acclaimed at the Teatro Dal Verme, Milan. He was subsequently engaged to sing in Salemo, Genua, Catania; later he left his native shores to sing in Syracus, Monte Carlo, Munich, Nuremberg, Leipzig, Prague and Odessa. In 1904 - already a celebrity - he was engaged at the Teatro Constanzi in Rome where he was especially successful in Donizetti's "Maria de Rohan" and Leoncavallo's "Zaza". That same year he made his debut at the Teatro Massimo in Palermo. He made his Covent Garden debut on 18th October 1904, as Amonasro. Other roles during his time in London were Rigoletto (alternating with Maurel and Sammarco), Escamillo and Marcel. Another landmark was the Teatro Col6n in Buenos Aires. Amato enjoyed huge success in South America and sang main roles in Italian, German, French and Russian operas, viz: "Zampa", "Andre Chenier", "Prince Igor", "Werther", "Linda di Chamounix", "Lohengrin", "Samson et Dalila". In 1907 he was celebrated at La Scala, Milan. In 1908 he sang Golaud in the Italian premiere of Debussy's "Pelleas et Melisande". He also sang main roles in "Tristan und Isolde", "La Wally" and "La Gioconda". In 1908 he was engaged to appear at the Metropolitan Opera, New York. Here he sang mainly the Italian repertoire, frequently opposite Enrico Caruso. Already when he made his MET debut on 21st November 1908 (in Verdi's "La Traviata") he was partnered by Enrico Caruso and Marcella Sembrich. His most successful roles during his years at the Metropolitan Opera were Rigoletto, Luna, Carlos, Ashton, Tonio and Amfortas. On 10th December 1910 he sang Jack Rance in the world premiere of Puccini's "Fanciulla del West", partnering Emmy Destinn, Enrico Caruso, Adamo Didur. Amato also took part in numerous contemporary operas (by Cilea, Giordano, Damrosch and Gianetti). He had a repertoire of seventy roles. The last years of his career he toured as a guest artist in Italy, USA and the German-language countries. Subsequently he was a vocal coach at Louisiana University.