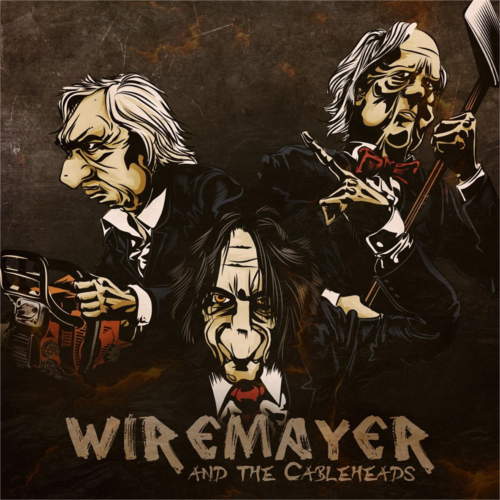 3 community dropouts began to work on a ground breaking scientific project - to heal the humanity with psycho acoustic waves up to 170 bpm. A psychotherapist, a scientist and a magnetic resonance tomograph formed high voltage to a devastating mixture consisting of saw wave basslines, basting beats and dictatoric dance voices - it became an energetic "LIVE - Drum ans Bass - Theraphy". The god of audio-destruction, the Wiremayer, heard that lovely sounds and he attended them and told them to travel trough the countries and show humanity the apprenticeship of the great WIREMAYER!What mankind had never seen before, is now revealed! Wiremayer & the Cableheads guarantees the freakiest party since the birth of jungle! Armed with synthesizers, drums, sequencers and a powerful voice, they turn every "Tea Party" into "Hell's kitchen"!