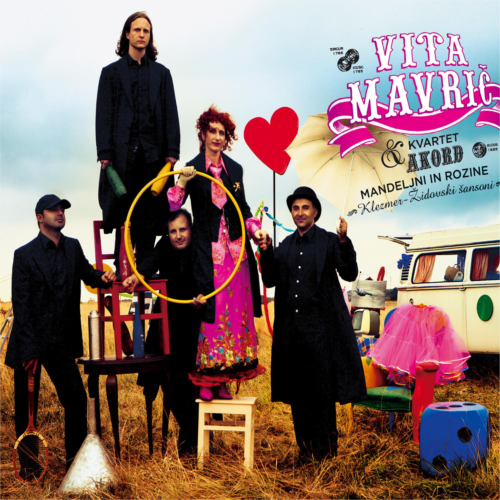 Vita Mavrič is author of many musical performances and interpreter of poetic chansons. With all her work she influenced Slovene cultural scene. She is a recipient of numerous art and media awards and also one of the most prominent contemporary performers of European poetic chanson.On album "Mandeljni in Rozine" (Almonds and Raisins) Vita Mavrič revives many jewish chansons (klezmer) from Eastern Europe. Songs of these restless vagabonds are passionately accompanied by quartet Akord.