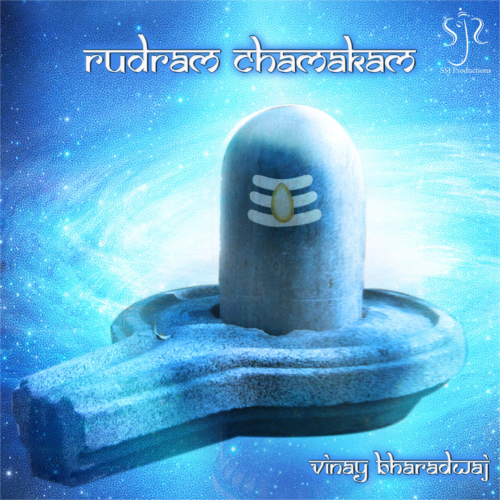 Vinay Bharawaj chants this ancient ode to Lord Shiva with perfect pitch and pronounciation.Srirudram, also known as Rudraprasna, is a hymn devoted to lord Shiva. It is part of the Yajur Veda and one of the greatest of the Vedic hymns. Sri Rudram is in two parts. The first part, chapter 16 of the Yajurveda, is known as Namakam because of the repeated use of the word "Namo" in it. The second part, chapter 18 of the Yajurveda, is known as chamakam because of the repeated use of the words "Chame".Rudram is divided into 11 sections called Anuvakas. In the first Anuvaka, Rudra is asked to turn away his Ghora rupa (fierce appearance) and to please keep his and his followers’ weapons at bay. Having been pacified, Rudra is requested to destroy the sins of those for whom it is being chanted. Apart from being a hymn devoted Lord Shiva, Srirudram also contains may hidden secrets in coded format. For example the verses contain coded instructions for preparing various ayurvedic medicines.This first Anuvaka is chanted to destroy all sins, obtain leadership and divine benevolence, protection from famine, freedom from fear, obtain food, and protect cows, for absence from untimely fear of death, of tigers, thieves, from monsters, devils, demons. It is also chanted as a shield (kavaca) for virulent fever, to cure diseases, fetal disorders, absolution from evils stars and bad karma, for the fulfilment of ones desires, sumptuous rainfall, family protection, blessings with good children, fulfillment of all material desires and the destruction of enemies.Vinay Bharadwaj is a pristine classical singing talent from the quant town of Chikkaballapura. His singing can be described as a beautiful blend of Bhakti (devotion), Bhava (Emotion), Kala Talent) added with an appropriate emphasis on Uchcharana (Pronounciation).