A Tribute To The Legend 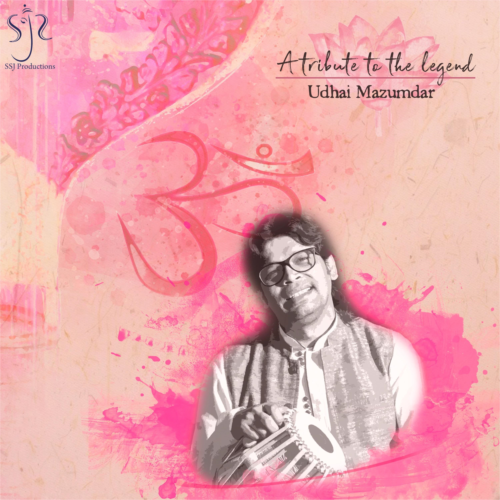 An Ode to Pundit Ravi Shankar - The Legendary Musician from India

“A Tribute to The Legend” is a tribute to Udhai Mazumdhar's Guru, Bharat Ratna Pt. Ravi Shankar, marking 50 years anniversary of his world-renowned meeting with Sir Yehudi Menuhin called West meets East. One of Udhai Mazumdhar's favourite compositions by Pt. Ravi Shankar’s Grammy winning album was in Raga Tilanga hence this is his humble try and tribute in Raga Tilanga called “A Tribute to The Legend”. Udhai Mazumdar is a versatile tabla player of the Benares Gharana. He hails from a family of musicians and fine artistes in Allahabad. His father, Partho Sarathy Mazumdar, is among the first-generation of guitarists in the fields of Indian Classical music. Learnt from late Pandit Ashoutosh Bhattacharya, and the world-renowned Sitar Maestro, Bharat Ratna Pandit Ravi Shankar, Udhai has participated in many noteworthy Indian and international festivals, besides playing for and with Pandit Ravi Shankar on different occasions, like performing before the Royal Families of England and Sweden, accompanied Pt. Ravi Shankar together with Ustad Zakir Hussain in a concert to mark the Maestro’s 75th birth year etc. Udhai also has credits on the CD’s “Echoes from India”, “Fulfillment”, “Reverberations – I”, “Musik der Welt Bern” , “ShankaRagmala”. As a composer Udhai has created CD’s like “Geeta Govinda”, “Journey-An elaborated Raagamala”, “Kabir, Tulasi & Us”, “Singing Strings”, “Ibaadat” etc. Udhai is Based in New Delhi and Basel, from where he travels for his concerts across the globe and teaches students privately at home, as in age old traditional teaching of Indian classical music. Credits:Music Composition, Arrangement & Tabla - Udhai Mazumdar Bansuri – Bhaskar Das Sitar - Rohan Das Gupta