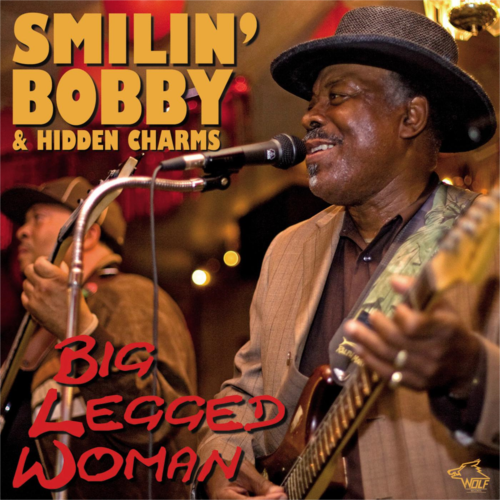 Nobody knows why until now Smilin' Bobby has no CD out – but it doesn't matter!

Smilin' Bobby always played in small clubs or in corner taverns way out in the suburbs. He is for many blues lovers the favorite unknown bluesman in Chicago. His guitar style is a cross between Magic Slim's stinging leads and Magic Sam's cool little rhythm fills while his great singing doesn't really sound like anyone else. In 1958 Smilin' Bobby started to play music in clubs and playing at Maxwell Street Sunday mornings beginning around 1961 or 62. He became a close friend to Magic Sam and used to hang around at his house. Smilin' Bobby got his nickname around 62 or 63 because he was always grinning so much. He was influenced by Jimmy Reed and Willie Mabon, also Little Milton, Albert Collins and Albert King. His guitar style is not Delta Blues it is much more modern, somewhere in between R'n'B and Chicago Blues. He is now 69 years old and his son Carlos Showers is another great guitar player who played in Willie Kent's band the Gents. Smilin' Bobby is very young with his 69 years!