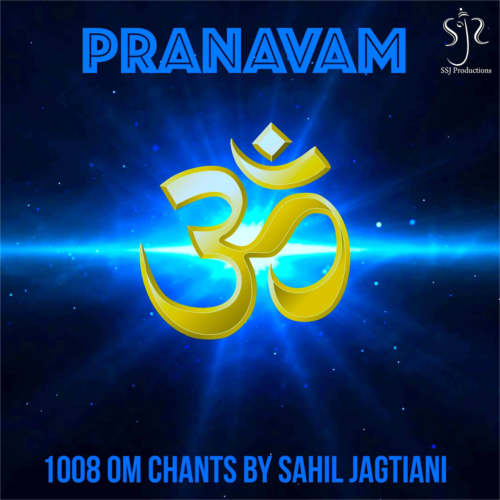 Om is the beginning, middle and the end. It is the root of all sounds, it is Naad Brahman, it is the sound of creation and it is eternal. This chant helps one mind merge into that which is. Enjoy this ethereal chant by Sahil Jagtiani.Sahil Jagtiani, the founder of SSJ Productions, has over 18 years of experience in the music industry, having worked with Times Music, Sony Music, HMV Saregama & Universal Music. His debut album Avataran sold 100,000 copies worldwide! He has done concerts all over the globe including at the MIR Hall in Russia, at the Kala Ghoda Festival in Mumbai, the International Conventional Centre in Taiwan, in Kuwait, in Thailand, in Lagos, Nigeria for the iMeditate Africa Celebrations, in front of 2.5 million people during the Art of Living Silver Jubilee Celebrations in Jakkur Airfield, Bangalore & in front of 3.5 million people during the Art of Living’s World Cultural Festival at Noida, Delhi NCR! As a Senior Program Director at the Art Of Living Foundation, he has organized and centrally coordinated events around the world touching millions of peoples lives. Sahil found his true calling with H. H. Sri Sri Ravi Shankar at an early age of 21. Earlier influences of western music combined with his devotional learning gave birth to Sahil’s fusion contemporary style of music. Transforming the the lives of thousands of youth through meditation and rocking them with mesmerising concerts, he soon became the youth icon of the Art of Living Foundation. ​Sahil’s numerous solo studio albums have seen him taking the role of lead singer, guitarist, composer, music director, keyboardist, sound engineer and programmer.