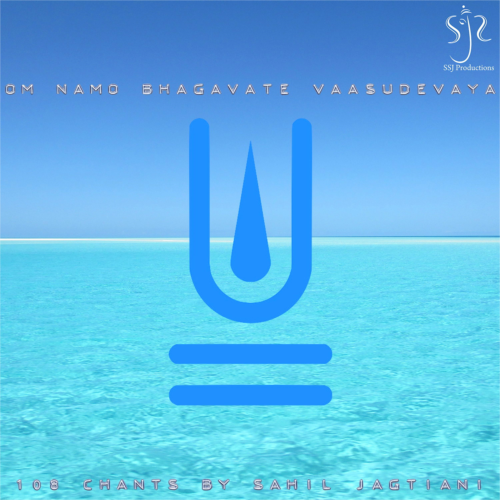 Om Namo Bhagavate Vasudevaya is a Hindu mantra of Vishnu and Krishna both. It has two traditions—Tantric and Puranic. In Tantrik Tradition, the Rishi of the Mantra is Prajapati, in Puranic Tradition the Rishi is Narada. Both, however, say it is the Supreme Vishnu Mantra. Sharada Tilak Tantram, for example, says "Dvadasharno mahamantrah pradhano Vaishnavagame"—the twelve lettered mantra is the chief among vaishnava mantras. Similarly, this is the ultimate mantra in Shrimad Bhagavatam, whose 12 Chapters are taken as extensions of the 12 Letters of this Mantra. This twelve syllable mantra is known as a Mukti (liberation) mantra and a spiritual formula for attaining freedom. This can be chanted like Gayatri Mantra. This is the principal mantra of the Vedic scripture "Srimad Bhagavatam". This mantra can also be found in Vishnu Purana.Sahil Jagtiani, the founder of SSJ Productions, has over 18 years of experience in the music industry, having worked with Times Music, Sony Music, HMV Saregama & Universal Music. His debut album Avataran sold 100,000 copies worldwide! He has done concerts all over the globe including at the MIR Hall in Russia, at the Kala Ghoda Festival in Mumbai, the International Conventional Centre in Taiwan, in Kuwait, in Thailand, in Lagos, Nigeria for the iMeditate Africa Celebrations, in front of 2.5 million people during the Art of Living Silver Jubilee Celebrations in Jakkur Airfield, Bangalore & in front of 3.5 million people during the Art of Living’s World Cultural Festival at Noida, Delhi NCR! As a Senior Program Director at the Art Of Living Foundation, he has organized and centrally coordinated events around the world touching millions of peoples lives. Sahil found his true calling with H. H. Sri Sri Ravi Shankar at an early age of 21. Earlier influences of western music combined with his devotional learning gave birth to Sahil’s fusion contemporary style of music. Transforming the the lives of thousands of youth through meditation and rocking them with mesmerising concerts, he soon became the youth icon of the Art of Living Foundation. ​Sahil’s numerous solo studio albums have seen him taking the role of lead singer, guitarist, composer, music director, keyboardist, sound engineer and programmer.