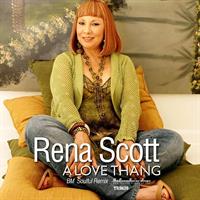 One of her favourite songs the soul ballad “A love Thang” of soul vocalist Rena Scott will be released in the Netherlands as a soulful house/dance song. The song is written by the talented Lloyd Tolbert and Rena Scott and now in the soulful remix from BM at TheRoomRecordings.The song A Love Thang received a Grammy in 2005 for Best New R&B Album in the Urban Adult Contemporary Category. Time to do a release. She is giving music forward and her legacy and experiences toward the young and the gifted singers, writers and producersWith her new release single ‘A love Thang’ Rena reaches out also to her fans in Europe. Rena Scott performs with several new young artists, producers to make the musical bridge towards the future. Rena Scott and Lloyd are writing and creating. Two of the best, with their love of music and experience is their magic of the soul you hear back on her tracks. The Grammy Awarded singer Rena Scott has an amazing voice is a great performer in the entertainment. With her remix A Love Thang, she builds a bridge to Europe and all her fans worldwide. The collaboration with TheRoomRecordings for her remix is the second one and we are proud of to produce this with Rena. Rena Scott we know the wonderful soul vocalist for such a long time. Her voice is so unique and so familiar because you heard her on your soul records you love. Rena Scott has been performing throughout the U.S. and Europe performing alongside R&B's and jazz's most reputable acts, including the Temptations, Natalie Cole, and sang on her early years with Aretha Franklin, urban funk artist Michael Henderson, Temptations, the Four Tops and the Crusaders for example.As you might know, Lloyd is a well-known producer, co-producer and arranger for such artists as: Diana Ross, El deBarge, Cheryl Lynn, Rena Scott, Brownstone, TLC and Dee Harvey and did the digital editing for Norman Brown on his cover of the Stevie Wonder hit, “Too High” and besides that he was the computer technician on a Stanley Clark project of Stanley Clark.