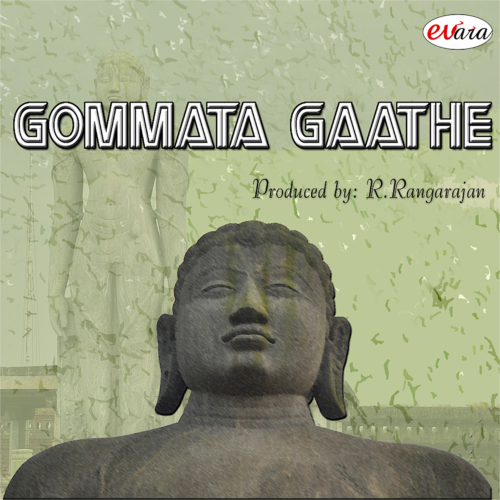 Immerse yourself in the love of Lord Bahubali with this gem of an album.

A wonderful ode to Lord Bahubali in the form of Kannada Commentaries & Songs by Puttur Narasimha Nayak & Ratnamala Prakash released by Vara Enterprises. Bahubali (English: One With Strong Arms), a much revered figure among Jains, was the son of Adinath, the first tirthankara of Jainism, and the younger brother of Bharata Chakravartin. He is said to have meditated motionless for one year in a standing posture (kayotsarga) and that during this time, climbing plants grew around his legs. After his year of meditation, Bahubali is said to have attained omniscience (Kevala Gyana). According to Jain texts, Bahubali attained liberation from the cycle of births and deaths (moksha) at Mount Kailash and is revered as a liberated soul (Siddha) by the Jains.Bahubali is also called Gommateshwara because of the Gommateshwara statue dedicated to him and as lord Kammateshwara from the ancient temple inscriptions located in states of Andhra Pradesh and Karnataka. The statue was built by the Ganga dynasty minister and commander Chavundaraya; it is a 57-foot (17 m) monolith (statue carved from a single piece of rock) situated above a hill in Shravanabelagola in the Hassan district, Karnataka state, India. It was built circa 981 A.D. and is one of the largest free-standing statues in the world.