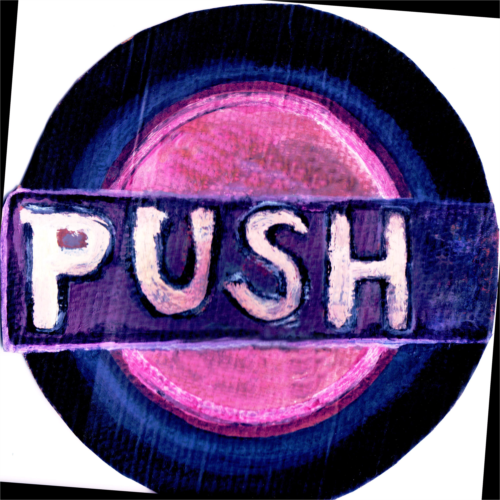 A couple of days before year changed to 2016. In the darkest season in Finland.Collaboration named “Välipäivätekno” performed in visual artists studio.Old 90s rave party lights and small group of people witnessed concert. The audience danced and the minifooger knobs moved.That night later gave birth to Pop Down.Their first track "The Whole Game" came out in 2017 and now it's time for the second one "Push"