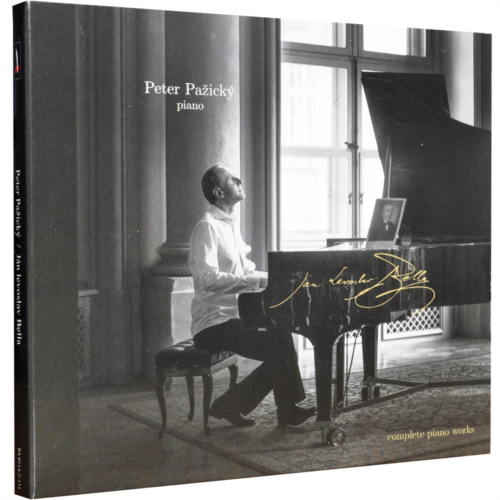 The Piano Music of Ján Levoslav Bella The piano is not the most important focus in the works of the composer Ján Levoslav Bella. His piano works were not accepted without problems, but became the subject of criticism, which allows us to recognize contemporary views. Contemporary documents also allow us to follow the composer's attempts to promote his works with publishers and on stage. The 19th century brought a huge expansion of the piano repertoire. The new works were mostly intended for domestic music-making, while the smaller portion revived recitals by wandering virtuosos. The Hungarian part of the monarchy could boast rich piano works from only a few composers (Robert Volkmann, Julius Beliczay or the still-unreleased Štefan Fajnor). Their work, however, was permanently overshadowed by the monumental piano heritage of Johannes Brahms and Franz Liszt. Bella's piano creations characterized his development from simpler to more complex works, as well as the creative silence which followed the composition of his major work, the Sonata in B flat minor. This also allows us to follow his creative path, as it grew from his youth into later age. Bella's first and last preserved piano pieces are separated by a temporal distance of 67 years (1861-1927). Bella, in these compositions, worked intently, while setting ever more serious compositional goals. Appearing first is a small dance composition (St. Martin Quadrille), followed by minor piano pieces (morceaux or Stücke: Malé Skladby). Next, two sets of variations try to combine brilliant pianism with national aspirations (Variations on a Slovak folk song "Near Pressburg on the Danube" and Variations on a Slovak folk song "Flies, Flies Swarm"). These are followed by the Sonatina, which also arose from the Slovak environment. Finally the Sonata in B flat minor, which is one of the high points of Bella's compositions. It is a monumental Romantic piano sonata, which builds a compositional link to the greatest composers of piano music. Forty years later Bella returned to piano composition, when he wrote for his granddaughter the simple "Little Grandmothers Holiday" (for piano four-hands) -- his final piano work.