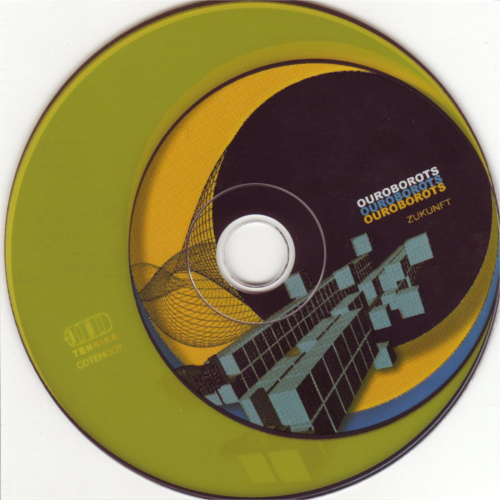 Ouroborots is another great rising musical

Ouroborots is another great rising musical project from Ljubljana techno-electro scene, and again Damjan Bizilj aka Dj Bizzy is involved in it. DJ Bizzy became a member of the Umek's Absense team (which later turned into Consumer Recreation) in 1995. Together with his frequent DJ partner Dojaja and the main figure of the Slovenian techno scene, DJ Umek, they developed a distinctive Consumer Recreation DJ and production sound. Together they took Slovene clubs and discotheques by storm. In 1998, Bizzy started producing his own music. He is collaborating with Marjan Crnkovic aka DJ Dojaja gave birth to Temponauta, one of the first projects, released on TEHNIKA (CD ''155.521.981.589.103''). Pavle Kocbek aka Poli, born in 1982, is the other half of the Ouroborots. His occupation is - as he says himself – futuristic music and graphic design, his profession is photographer. At the age of 10 he started playing electric bass guitar and played in many different punk, funk and rock bands, like 'Tito in Action', 'Propalited Inc., etc. He is writing and producing music since 2001. Since 2003 he works as a chef director of Aquarius Studios in Ljubljana. Ouroborots recently remixed a version of Laibach's 'Das Spiel ist Aus' single.