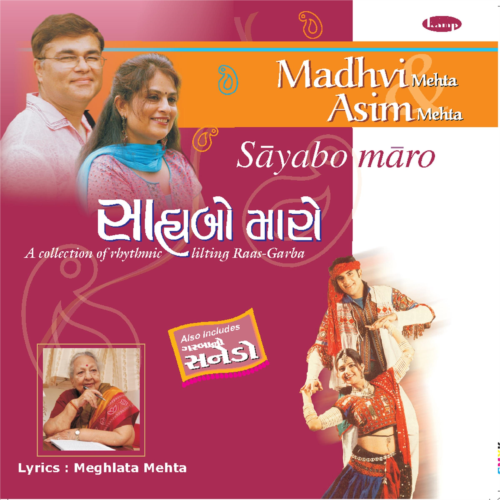 KAMP Music has released "Sayabo Maro", a collection of 9 Raas-Garbas and one Sanedo. These are fresh new compositions whose lyrics are written by Meghlata Mehta, one of the Garbas is composed by Late Shri Dilip Dholakia, one by Shri Vikram Patil, and the rest by Madhvi Mehta and Asim Mehta. The music is arranged by Shri Vikram Patil. With the limited exposure this album has had, the response has been overwhelming. The Garba and Raas have been used by live dance groups for major competitions around the world and have won many prizes. The songs are not only very danceble but also a pleasure to listen to with wonderful compositions, lyrics and music arrangement.