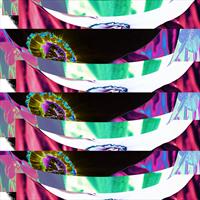 This album tears down misconceptions

Narcissus Poeticus is a lyrical exploration of the ways that fame affects the human condition. Kitty Got Claws brings a diverse sound, spanning from hard-hitting rap to slow sad singer-songwriter tunes. Standing at 16 tracks, this megalodon of an album unpacks misconceptions about fame and success. Tracks like Nervosa and Cessation speak about mental health and loss, whilst tracks like Sober and Dopamine Fiend touch on addiction and escapism. Overall, the album is a vision into the narcissism of celebrity culture, and is a tongue-in-cheek stab at the current state of the music industry. The album settles on this conclusion: The pursuit of fame is both frantic and desperate. Ultimately, humility and absence of ego will make you the most content.