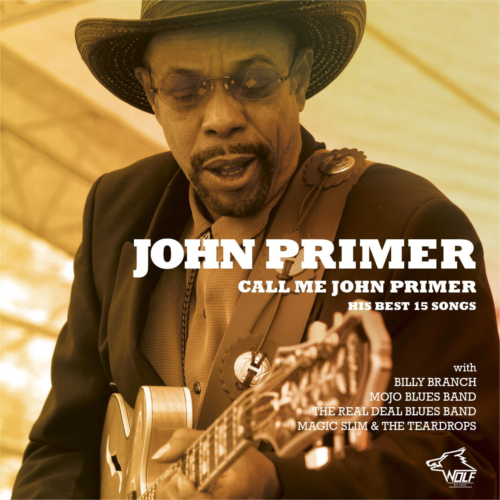 John Primer is the real deal!

After a long musical career in which John Primer made experience as musician next to Magic Slim and Muddy Waters, he establish as a strong bandleader. 2008 he produced with his own label Blues House Production a new CD, and then it was time to record a CD where one could find his entire musical career. Titles with Muddy Waters style (“I’m A Blues Man”) and those like “Poor Man Blues” more orientated on the Teardrops can be find on this album, as well as numerously Elmore James songs (“1839”, “Shake Your Money Maker” (open D tuning)) and own tracks (“Dreaming”, “Blues Behind Closed Doors”). Also included are five never before released songs, among them four with the best Blues band of Europe, the Mojo Blues Band, and one song recorded at the Magic Slim tour in Austria (“Little Sister”), together they show the fully musical producing of John Primer. In short: This document of a Blues musician, which grew up with tradition as kids today grow up with computers, is not beatable in intensity.