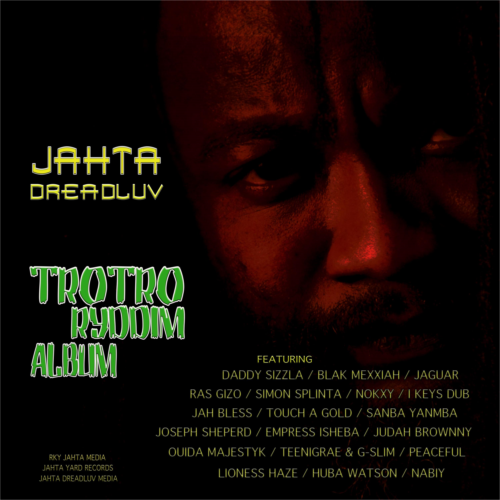 Jahta Dreadluv brings to you the long awaiting ryddim album(Trotro Ryddim Album) featuring various artistes from around the world... From Ghana to Jamaica to Haiti to South Africa to St. Lucia to Canada to Guyana to France finished in Costa Rica...Official album launch will be held at SCCA Cantina in San Jose, Costa Rica on 21st Febuary 2019 at 7pm.Blessed.