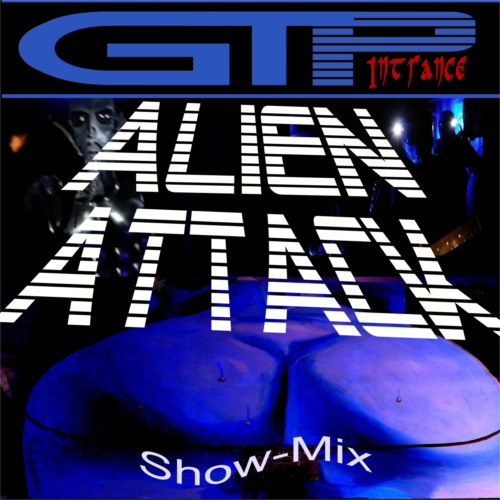 GTP in trance (Games action gets on stage)(an idea of Detlef Lauster)GTP in trance is a music project in which the public can actively take part.Even role plays and costumes of the public are highly welcomed.The public may organize itself and use its own creativity referring to game roles and costumesthat fit to the topic ‚GTP in trance‘.GTP in trance is a starship team (musicians, DJ) that performs on a starship (stage).The music is perfect to be used as background music for PC games.The music of GTP in trance addresses the generation that has grown up with PC games and laser tag.But of course a whole family can join the role play.The show could even be presented on a sunday afternoon at a place where coffee and cake is offered.The musicians represent a team in a spaceship. The stage is the spaceship.In certain intervals during the performance, a siren is rung out and a light flashes up —> Alien attack.A person customized as an alien enters the room or place and shoots on the GTP team and the publicwith hazard-free laser or light. The public shoots back with laser pistols that have been borrowed there.One show is a about the abduction of Santa Clause.Together with the GTP in trance team the public can fight for his release.The public can organize and customize itself and furthermore give itself a name.But lone warriors who for instance represent aliens are highly welcomed, too.GTP in trance music:Game music what was used to be played in the background, now gets to the foregroundand becomes the center of the show.There should be at least one DJ and one guitarist. The guitarist plays live to the DJ music.The music could be described as a mixture out of techno (electro) and rock music. (Bigbeat)It was produced out of samples and loops by Detlef Lauster in his recording studio „Lausters Tonschmiede“(Detlef Lauster owns all rights) Fat sounds and grooves that the new generation likes and got used to are produced by this method. Soundtrack producer use the same or similar methods.GTP is the short form of German Trash PopLAUSTERS REVIER MUSICPRODUCTION