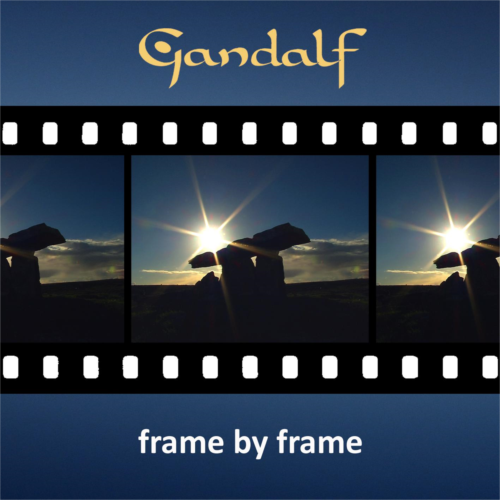 Gandalf's new album is a collection of music-scores the artist was producing in 2013 for various projects. Once again he proves his extraordinary gift to translate stories into a diversity of picturesque music, going deeply under the skin. For the most part the music has got a Celtic Spirit and was written for the TV-documentary “The Stone Age Enigma” by Ronald & Roswitha Vaughan (“The Stones of Wisdom” 1982). Some tracks with a more Classical touch were composed for the novel “Domenico Minettis Inheritance” (“Das Vermächtnis Domenico Minettis”) by the Austrian author Dietmar Gnedt. A very special piece played on concert-harp is based on Gandalf’s new book “Die Seelenharfe” (“Echoes of the Heart”), supposed to come out later this year. The music was performed by Gandalf - Piano & keyboards, acoustic guitars & percussion; Karin Leitner - Irish whistles; Nicky Eggl - Irish whistles & Bodhran; Monika Stadler - Harp; Merike Hilmar - Cello; Vasile Marian - Oboe & English horn.