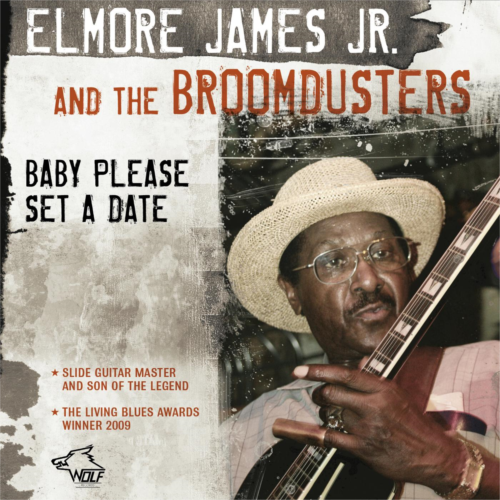 Slide guitar master and son of the legend!

The new CD of the Living Blues Awards winner Elmore James Jr. for Best Album of 2008. Elmore James Jr. is really the son of the blues legend Elmore James who played "Dust My Broom" with Sonny Boy Williamson in the 50's. He got the slide guitar lessons from his father but at first he was not really interested in this style. In his 40's he got interested to play the great music of his father because he got the feeling that he is responisble to play the traditional blues style. He played with many different bands in the last 10 years and on youtube.com you could listen to his great voice! Today he has a six piece band and plays most of his father’s songs. The sound of the band is really great because with ex Willie Kent's Gent and Teardrop Jake Dawson on guitar and Ed Williams on sax (he played in Vance Kelly's band) the music is not just traditional but also got a modern touch! On this CD you can listen to the very best traditional Chicago blues band today, Elmore James Jr. and The Broomdusters!