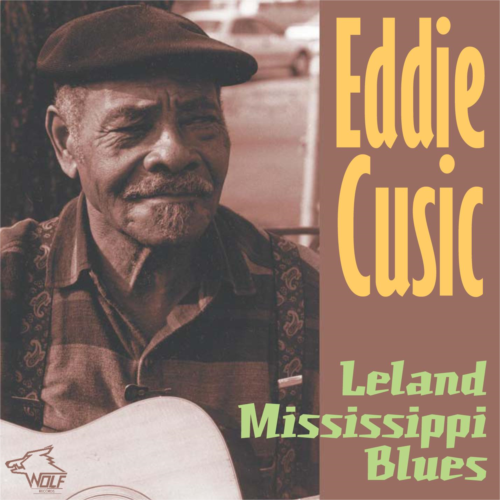 Eddie was born on January 4, 1926 in the Wilmot Community just south of Leland and grew up helping his family tend the fields. He got his first taste of guitar, like many before him, by playing the one-stringed diddly-bow with a knife or broken bottle neck. When the 1950s rolled around, Eddie formed the Rhythm Aces with blues legend, Little Milton Campbell. Campbell has long attested to the early influence that Eddie had on his style. It’s easy to romanticize Eddie: undiscovered bluesman toils in a mundane job by day, yearning to play his music to an adoring audience. By night, Eddie is the blues troubadour, using his rough hewn vocals, powerful string snapping, and wonderfully-refrained timing to provide the fuel for his late night house party romps. Quite simply, Eddie bleeds delta blues. While most of his repertoire consists of well worn classics such as Catfish Blues, Good Morning Little School Girl and Hoochie Coochie Man, he is a wonderful interpreter of the tradition – melding these blues standards into something wholly original.