Hymns of the Black Flag 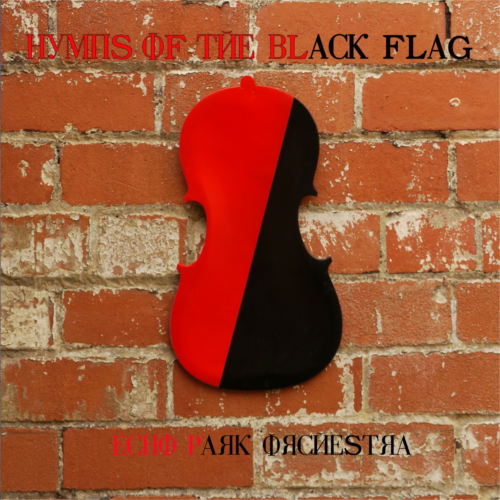 Hymns of the Black Flag

Echo Park Orchestra's fourth CD sees the international ensemble reaching new heights of quirky sophistication. Based on the songs and arrangements of musical director Peter Ridsdale and featuring the impressive talents not only of Indian classical violinist Manoj Baruah and nuevo flamenco ace Jose Toral but also a number of other distinguished musicians - saxophonist Will Gregory (better known as a founder member of Goldfrapp), jazz harpsichordist Jim Blomfield, members of the Bristol Ensemble chamber orchestra and the melifluous vocals of Steve Hogg and Caroline Gil. The album also contains the EPO's charachteristically idiosyncratic version of Ravel's Bolero which takes the latino rhythmic implications of that piece to its logical conclusion. With recording expertise from engineer Gethin John and Portishead's Jim Barr this album is set to raise the standard of what can be expected from contemporary popular music.