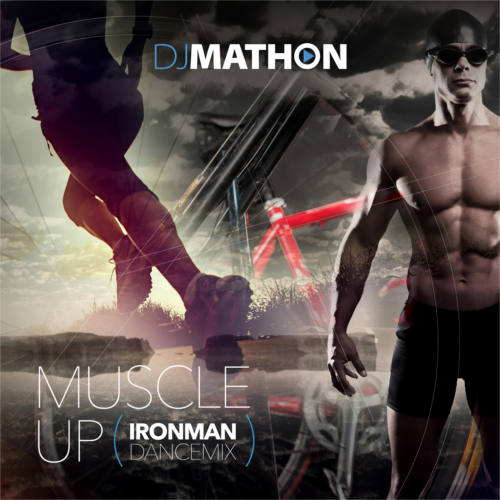 From dream…to….reality… My name is Glenn Wijntjens. During puberty I was confronted with Friedreich’s Ataxia. This incurable disease causes progressive damage to the nervous system.I started having trouble walking, and my physical limitations were getting bigger. At age 15 I had to give up my biggest hobby: soccer.Due to the progressive nature of the disease walking became even more difficult and at age 20 I had to start using a wheelchair. This was the beginning of a very diffcult time. I managed to get through this period with the help of my parents, family and friends. Active sports however, is still one of my biggest dreams….Could this dream become reality after all?Maastricht native Mathon van Eijsden has competed succesfully in the Iron Man triathlon in Maastricht. Before doing the Iron Man, he never did any sports.One of Mathons’ good friends suffers from the motor neuron disease A.L.S.Mathon wanted to make a change in the life of his friend, and decided to compete in the Iron Man in Maastricht. Due to the fact that he goes through life as ‘DJ Mathon’, he decided to compete under the name ‘DJ stop A.L.S’.A beautiful and admirable initiative! Many people doubted him, but he managed to finish all 3 elements of the Iron Man!After the 2017 Iron Man, Mathon plans to compete again in the 2018 edition. However, this year he wants to draw attention to research and understanding of A.L.S and muscular disorders in general. This year he wants to take it to another level and let a person with a muscular disorder join him in the Iron Man by towing him along! An insane idea! This crazy idea eventually led Mathon to me. When he told me his story, I was thrilled! However, when I started looking into the Iron Man race, I wondered if Mathon knew what he was geting himself into. 3.8 km swim, 180 km cycling, and last but not least, a 42km run. And all this while towing me along! After some long discussions and looking at some ‘Team Hoyt’ videos, we both became even more enthusiastic about the idea!The idea is that during the swimming, Mathon tows me along in a boat. During the cycling and running he pushes me in a custom made cart.My dream to actively compete in a unique sports event (Iron Man 05-08-2018) is close to coming true now! Hopefully my dream can become reality!Glenn has an amazing and very loyal group of friends: Super-Maan. Because of this, Mathon and Glenn have decided to start this adventured as Team Super-Maan! Just like last year, Mathon is gonna run, swim and run to draw attention for the motor neuron disease A.L.S. Glenn will tag along during the whole Iron Man. He has a different muscular disorder and he will compete to draw attention for Friedreichs Ataxia. If you want to support us, please donate to the following account:NL57 SNSB 0938 5675 43 t.n.v. DJ STOP A.L.S.Became curious?…….http://www.teamsuper-maan.comhttp://www.facebook.com/teamsuper-maanContact:info@teamsuper-maan.com0031-629038622 (Mathon)